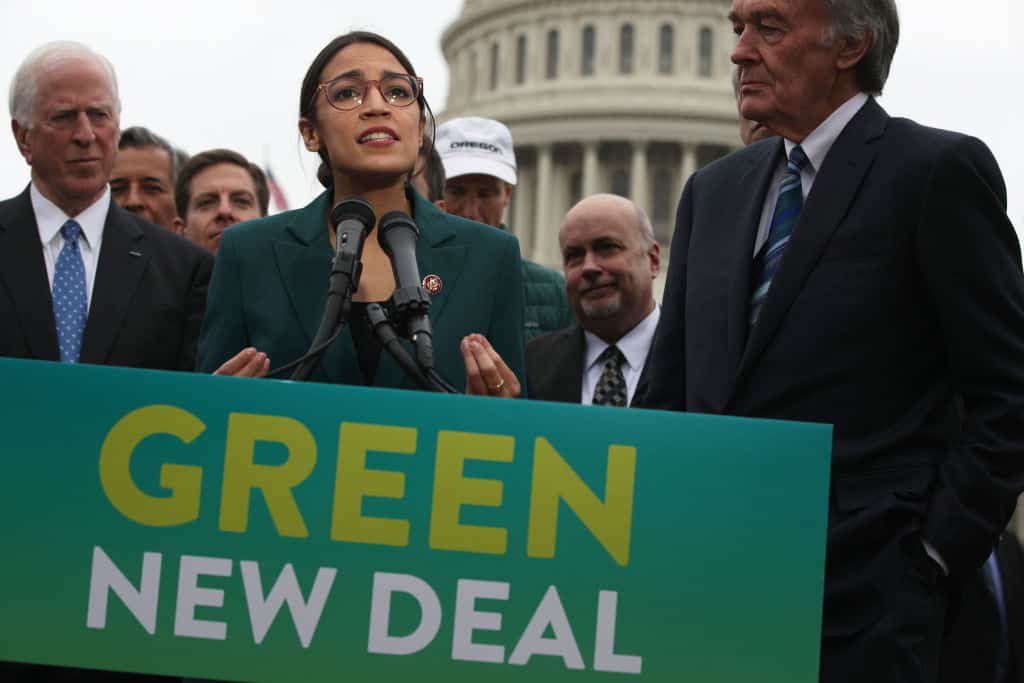 Her food security plan will only cost $10 per household, so there’s that, I guess.

When it comes to paying for her programs, while she’s floated the idea of taxing top income earners at 70% (which would bring in only enough money to fund the federal government for less than a week at current levels of spending), she has another idea, simply printing money. Admittedly, this was once also my idea to pay for the government back when I was in the fifth grade.

In an interview with Business Insider, Ocasio endorsed Modern Monetary Theory (MMT), an economic theory that deficits don’t matter since money can also be printed to pay off that debt. Because the government can print at will, not only do deficits not matter according to MTT, the only purpose of maintaining a level of taxation relative to government spending is simply to regulate inflation and unemployment. While not noted by advocates of MMT, I imagine ignoring the existence of countries like Zimbabwe and Venezuela is required to adhere to the theory.

She [Cortez] said she was open to Modern Monetary Theory, a burgeoning theory among some economists positing that the federal debt is not an economic restraint for the US. She said the idea, which holds that the government doesn’t need to balance the budget and that budget surpluses actually hurt the economy, “absolutely” needed to be “a larger part of our conversation.

So in her world, the deficit is only something we should be worrying about when it’s shrinking, apparently.

If it sounds bonkers, that’s because it is. The University of Chicago’s Booth School of Business’ IGM Poll asked a panel of top economists two questions about MMT; one regarding whether it’s true that countries shouldn’t have to worry about deficits because they can always print more money, and the second on whether or not money printing enables endless government spending.

Some economists added their own commentary along with their responses:

Aside from economists Cortez may have met at a Pink Floyd concert, there is no mainstream support for this idea of hers.