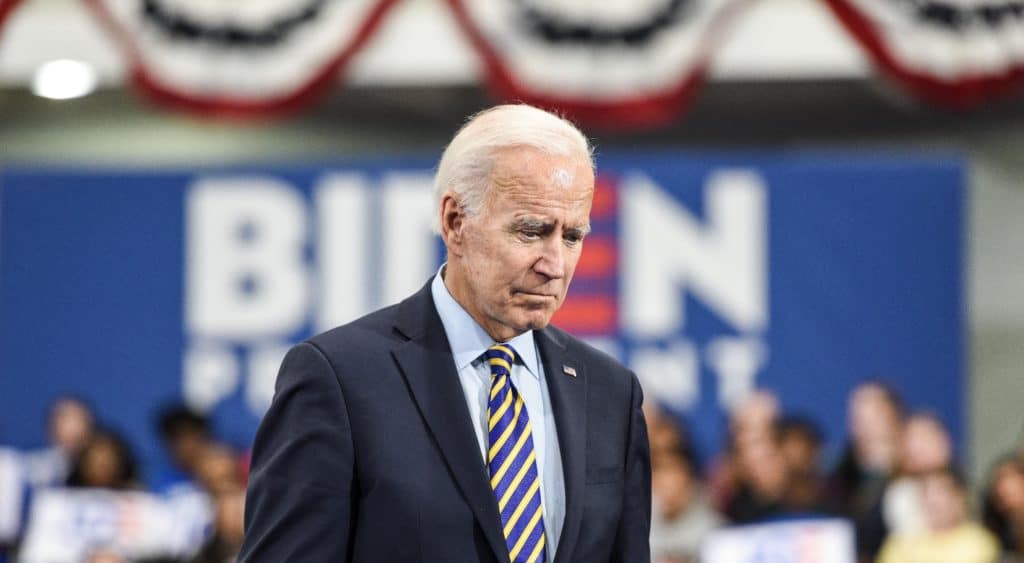 If the mainstream media were a baseball game, Republicans would be dealing with beanballs thrown at their heads, crooked umpires, and scorekeepers that “forget” to note when they have scored runs while the Democrats would be hitting underhanded, slow-pitch softballs.  Put another way, as long as Democrats toe the liberal line, they get a free pass while the Republicans get treated like Al-Qaeda, except worse, since some reporters have at least a smidgen of sympathy for anyone who actually wants to destroy America. What it all comes down to is that dealing with the media is a completely different ball game for Republicans than Democrats. Wouldn’t it be nice if Democrats like Joe Biden were actually treated like Republicans for a few days and actually had to answer some tough questions? If the press did its jobs and treated both sides equally, Joe Biden regularly would have to answer questions like these.

1) Given your obvious mental deterioration and your difficulty working a full schedule on the campaign trail, why should the American people believe you are physically and mentally capable of handling a job as demanding as the presidency?

2) You have been in government since 1972, so aren’t you part of the problem? Why should anyone believe you’ll make things better?

3) While you were Vice President, America had the weakest economic recovery since the Great Depression. Shouldn’t Americans expect the same poor performance this time if you win?

4) Was your son Hunter qualified for his Burisma board member position? What exactly did he bring to that position other than the possibility you would use your position as Vice-President to help him?

5) You tried to dodge questions about your son’s notorious laptop that was left in a Delaware store. Are you claiming that the laptop is not his?

6) Compromising pictures of an underage girl were supposedly found on your son’s laptop and there are indications you knew about this beforehand and talked with him about it. Did you do anything to protect that girl from your son?

7) Very clearly, your son Hunter has made millions by promising people access and help from you, but you say you have not given it. Given the revelations of Laptopgate, why should anyone believe you?

8) Are you willing to condemn #Blacklivesmatter for all the rioting, looting, lawbreaking, and bad behavior associated with the group?

9) The no-bail policies you support have dramatically exacerbated the violence and rioting of your supporters in many places. Are you willing to abandon those policies and call for all of your supporters who break the law to be charged with a crime and held on bail?

10) You have denied that you want to do away with fracking and fossil fuel many times, but there is video of you saying it. Were you lying then or are you lying now?

11) Under the Title IX rules that were put in place during the Obama administration, lawsuits have proven that college men were being convicted of sexual assaults they didn’t commit on college campuses. The Trump administration changed these rules, but you say you want to go back to them. Why do you believe it’s okay for college men to be falsely labeled as rapists by kangaroo courts that make it impossible for them to defend themselves?

12) The United States is currently 27 trillion dollars in debt. You have proposed programs that will add another 11 trillion in debt. Do you see programs like Medicare and Social Security surviving in their current forms when we are that far in the hole and if so, how?

14) You want to give citizenship to 11 million illegal aliens. Why do they deserve Medicare and Social Security benefits? Also, that will encourage millions of other illegal aliens to come here. Will you give them citizenship, too?

15) Why do you now believe it’s moral to use the tax dollars of people that are adamantly against killing children to fund abortions?

16) You have talked about a “national mask mandate,” but have given few details. Will you force people to wear masks in gyms? When they’re walking outside? At home with their loved ones? In between bites of food at a restaurant? Should people be jailed for refusing?

17) You are well known for your unwanted sniffing and kissing of women. You have also been credibly accused of sexually assaulting a former aide. Are you a sexual predator, Joe? Can women be safe around you?

18) Many people believe that stacking the Supreme Court would turn them into puppets for the White House and destroy respect for the court. You’ve refused to say whether you support this radical change. Are you willing to finally tell us where you stand on this?

19) There are many Democrats that favor getting rid of the legislative filibuster in the Senate. That is a radical move that could destabilize the country. Do you support it?

20) Millions of Americans lost their health care plans and prices have gone up dramatically because of the Affordable Care Act. Would you be willing to apologize to the American people for all the lies used to sell that legislation and for the failure of Obamacare?

John Hawkins is the author of 101 Things All Young Adults Should Know. You can find him on Parler here & Twitter here.