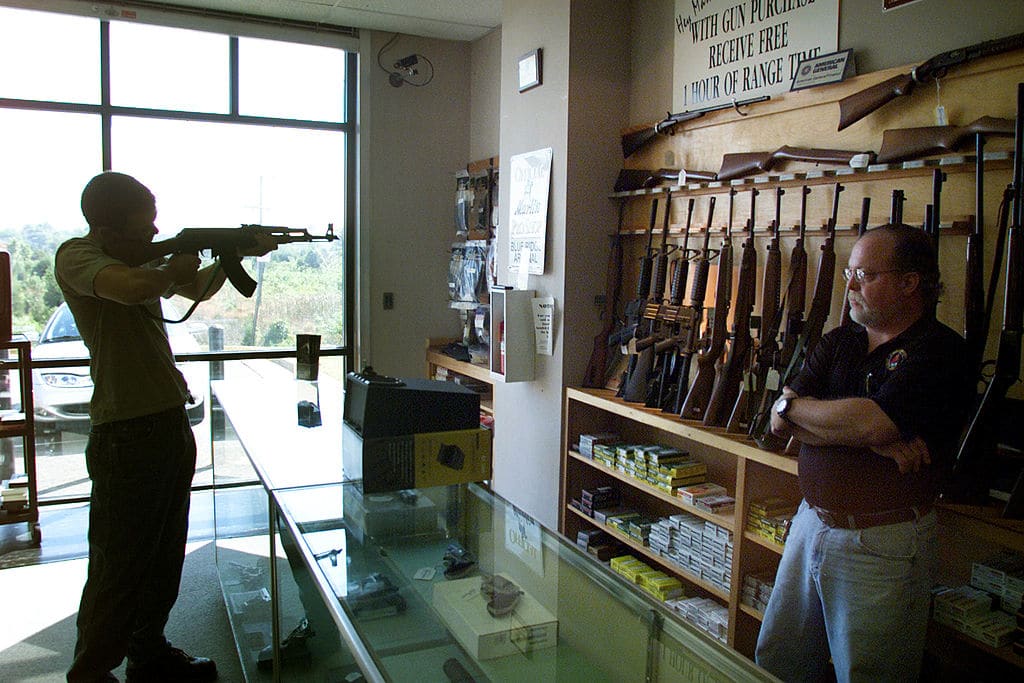 Some conservatives once branded former President Barack Obama as the nation’s “best gun salesman,” because gun sales would instantly skyrocket anytime he floated any gun control measures. Gun sales hit record highs under his administration, and immediately fell once Trump took office when most saw any threats to the second amendment, at least from the federal government, as quashed for the time being.

While the Democrats have failed to put forward a candidate with even a modicum of chance at beating Trump this election cycle, their gun control rhetoric still managed to send millions to the gun store just in case.

According to the Washington Examiner’s Paul Bedard: FBI gun background checks required in most weapon sales have jumped 30% as consumers have rushed in to gun stores and shows to load up amid threats from Democratic presidential candidates to end sales and safety concerns as the coronavirus spreads.

If the trend continues the way arms industry officials expect, 2020 will record the most-ever checks through the National Instant Criminal Background Check System, at over 30 million. The NICS number is a key barometer on gun sales. The system is used for sales from federal firearm license holders, such as gun shows, but misses private sales and sales in a handful of states where it is not used. Checks are also made for concealed carry permits and other security needs.

Sales saw a similar surge in 2016 when Democrat Hillary Rodham Clinton was polling ahead of Donald Trump for president.

For as much as liberals will describe the National Rifle Association as a group whose true intention is to sell guns – they’re far better gun salespeople than the NRA could ever hope to be!