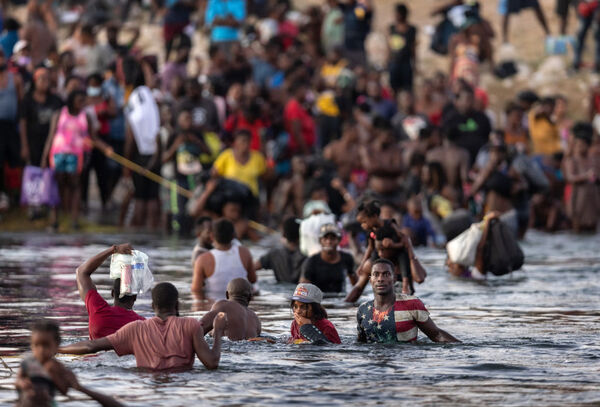 As Just the News reported:

The number of encounters with illegal immigrants at the border has passed 2 million in a single fiscal year for the first time in U.S. history, according to new U.S. Customs and Border Protection (CBP) statistics released on Monday.

Southwest land border encounters jumped to 203,598 in the month of August from 200,195 the prior month. Of those encountered in August, 22% "had at least one prior encounter in the previous 12 months." The total number of encounters so far in the current fiscal year, which ends on September 30, is now 2,150,639, according to CBP.

For comparison, last fiscal year's total of Southwest land encounters was 1,734,686. In 2020, the last full fiscal year of former President Trump's tenure in office, the total number of border encounters was 458,088.

Since these numbers are as of August, this new record has been hit with another full month to go in the fiscal year.

While it is impossible to know for sure the exact number who successfully enter the U.S. illegally, apprehensions and arrests are often used as a proxy for successful border crossings. One study published in 2013 by the Council of Foreign Relations estimated the relationship to be roughly one successful crossing for one apprehension, which would imply over 2 million illegals have successfully crossed the border in FY 2022.