Vox’s Aaron Rupar has the job of watching television all day and summarizing what he watched – and amazingly he struggles to even do that properly.

His constant distortions of reality are something I’ve covered extensively before, and are now well enough known that his surname has become a verb. 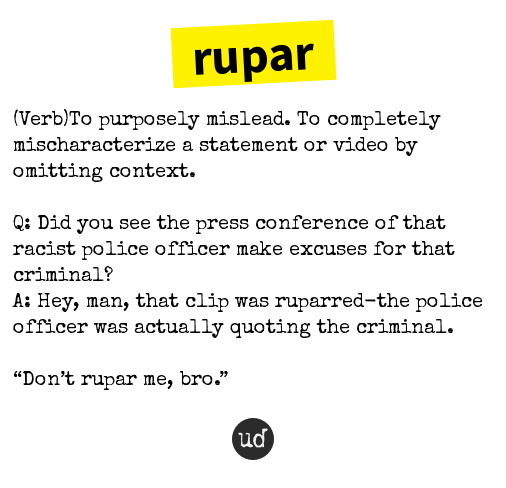 In his most recent brush with reality, Rupar attempted to fact check Dan Bongino’s objectively true claim on his Saturday show that economic growth was superior under Donald Trump than Barack Obama – who presided over the slowest economic growth of any president since the end of WWII. The benefits of the superior growth under Trump are evident in terms of income growth. As one analyst noted: “In 2016, real median household income was $62,898, just $257 above its level in 1999. Over the next three years it grew almost $6,000, to $68,703.”

But not according to Rupar, who laughably claimed that Trump actually has the worst economic record of any president since the Great Depression, apparently blaming the disastrous economic effects of a global pandemic spawned in China on him. Of course, the entire world was ravaged economically by the pandemic, so there’s no Trump policy he can point to to blame 2020’s GDP drop on.

The premise of this question from Dan Bongino to Trump is false. GDP growth under Trump was actually the worst of any president since the Great Depression https://t.co/6MHFq534Cn pic.twitter.com/JCE6x6R16I

It should be noted that as is made obvious from context, Dan was specifically talking about the pre-pandemic economy. Regardless, even in the context of a pandemic economy, the U.S. far outperformed the rest of the developed world in weathering the storm. The U.S. economy shrunk by 3.5% in 2020. By comparison:

In other words, most of Europe saw their economies shrink by more than double that America’s did in 2020.

What will Rupar lie about next? We’ll probably find out within the next couple of hours.