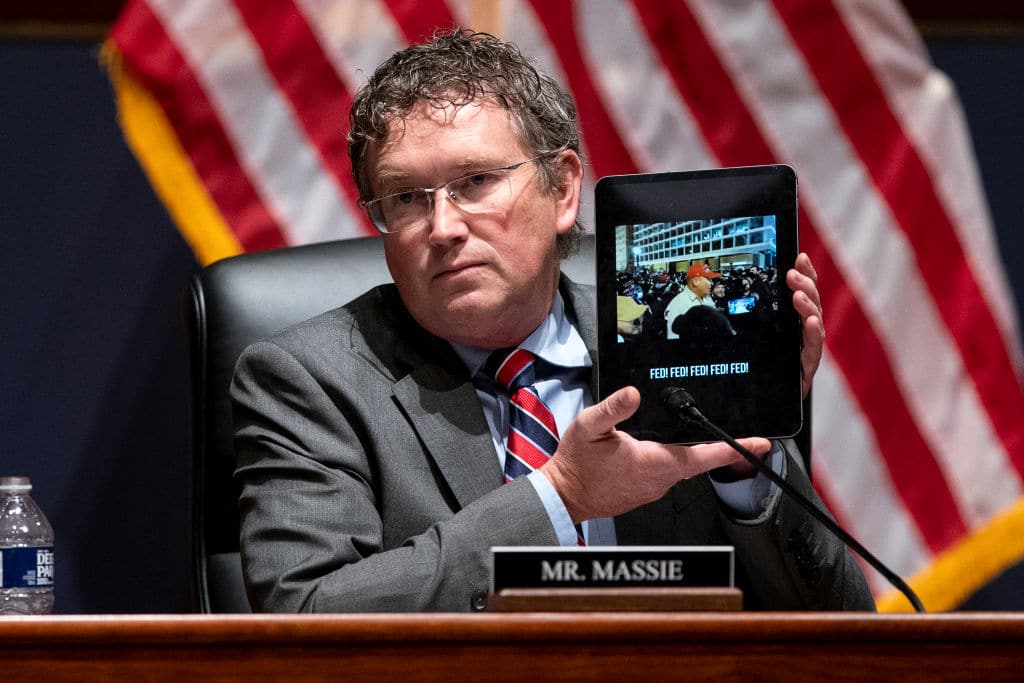 During Attorney General Merrick Garland’s appearance before the House Judiciary Committee, Rep. Thomas Massie grilled him on the potential role of federal informants on January 6, a day many Democrats have hyperbolically likened to 9/11.

Massie played several videos of an unidentified man who was inciting violence the day before and day of January 6. In the first clip, the man on January 5th tries to rally a crowd to invade the capitol the next day. He’s met with jeers of resistance from the audience, with some breaking out with chants of “Fed! Fed! Fed!” The same man was captured on video the next day at Trump’s speech, where he was encouraging people to head to the capitol after. Despite hundreds of indictments, this man has not been charged according to Massie.

“As far as we can determine, the individual who was saying he’ll probably go to jail, he’ll probably be arrested, but they need to go into the Capitol the next day, is then the next day directing people to the Capitol, and as far as we can find, this individual has not been charged with anything,” Massie said. “You said this was one of the most sweeping investigations in history. Have you seen that video or those frames from that video?”

Garland refuses to answer the question.

The video that Massie played can be viewed below in full: