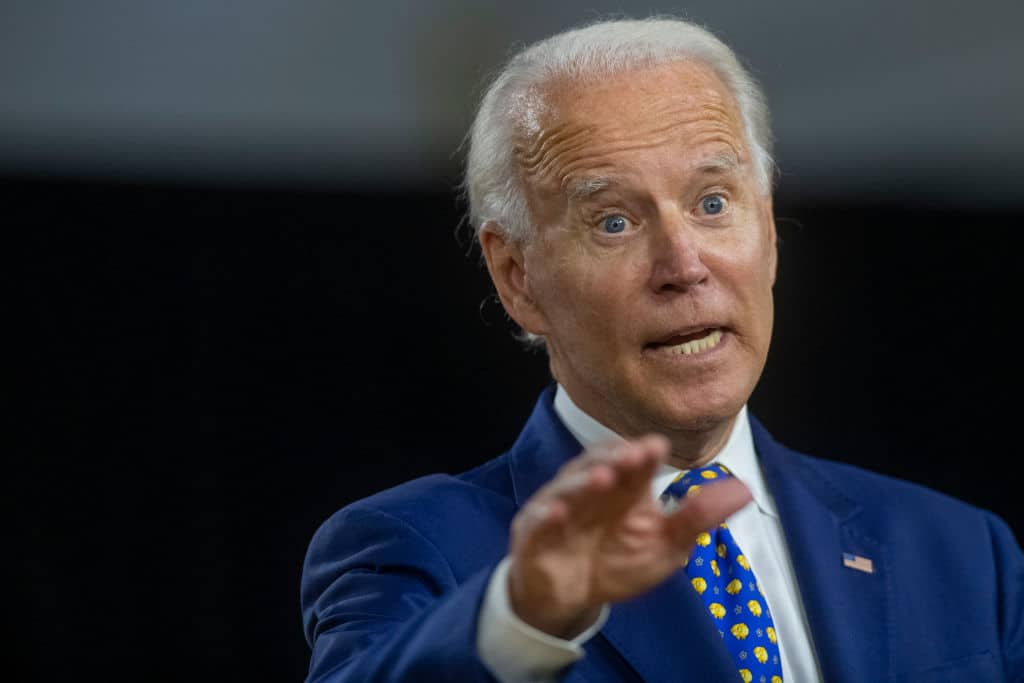 Joe Biden did something that makes him look bad, so right on cue the alleged “fact checkers” are on the case to provide cover. Biden’s offense was when he was captured on video checking his watch during the dignified transfer ceremony over the weekend for those we lost in the Kabul terror attack.

USA Today published a “fact check” yesterday stating that Biden only checked his watch a single time, and that it was after the ceremony.

However that’s in direct contradiction to eyewitness accounts, including families who lost their sons in the Kabul terror attack.

Two Gold Star fathers, Darin Hoover and Mark Schmitz who were eyewitnesses at the event, have gone on the record stating that they saw Biden repeatedly checking his watch during the ceremony and one of them says it was “the most disrespectful thing” he has “ever seen.” According to them, it didn’t just happen once, but thirteen times overall.

There may be some disagreement as to the number of times Biden checked his watch, but not that he checked it during the ceremony multiple times.

A third Gold Star parent, Shana Chappell, wrote in a Facebook post: “I watched you disrespect us all 5 different times by checking your watch!!! What the f*ck was so important that you had to keep looking at your watch????”

In the Washington Post’s coverage of the ceremony, they wrote about the experience of Jiennah McCollum, the wife of 20-year-old Marine Corps Lance Cpl. Rylee McCollum, writing that she “left disappointed. The president, she [Jiennah] said, kept checking his watch and bringing up Beau.”

With their bogus “fact checks,” USA Today and Snopes are disputing the claims of two Gold Star fathers, Gold Star mother, and a widow, and they provide no evidence that they are lying. Instead, their “fact checks” are based on a singular C-SPAN video that cuts away from Biden for the majority of the ceremony. They don’t have the full footage of what happened – and the only eyewitnesses contradict their narrative.

Who are you going to believe, the partisan hacks at USA Today and Snopes, or the Gold Star families who saw what Biden did with their own eyes?

UPDATE: USA Today has since retracted their initial claim, and instead revised their rating to “missing context.” Is the missing context supposed to be that it was worse than even they thought? 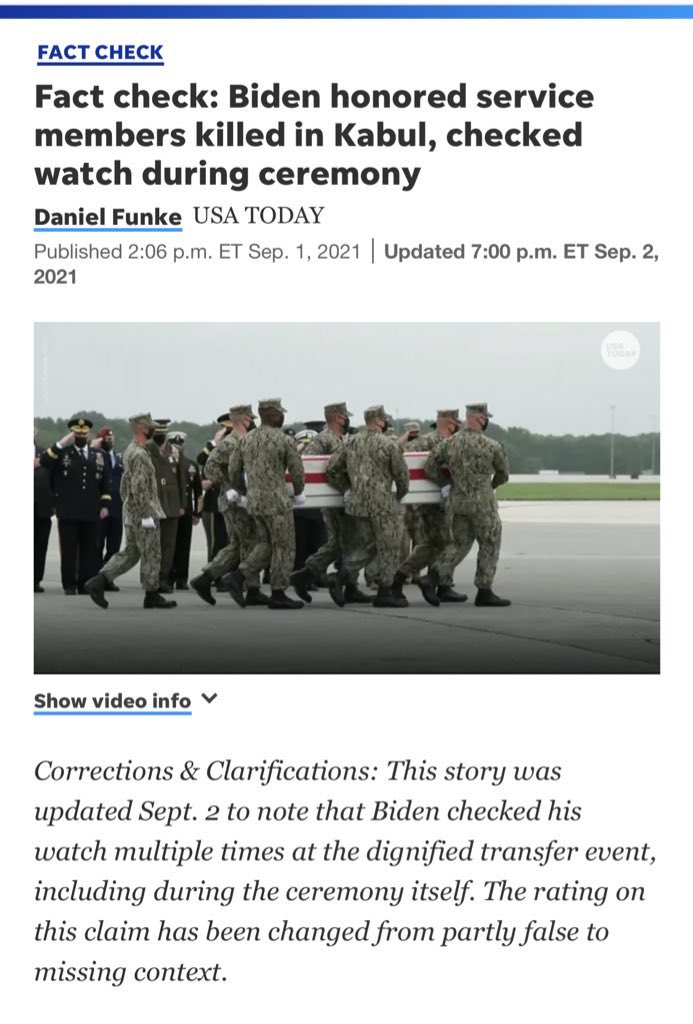