If the left is going to politicize the coronavirus, would it kill them to at least be good at it?

The other day the New York Times’ Michael Barbaro posted a chart showing that most people who were still traveling more than two miles per day lived in the south, in what’s presumably an attempt to shame them. 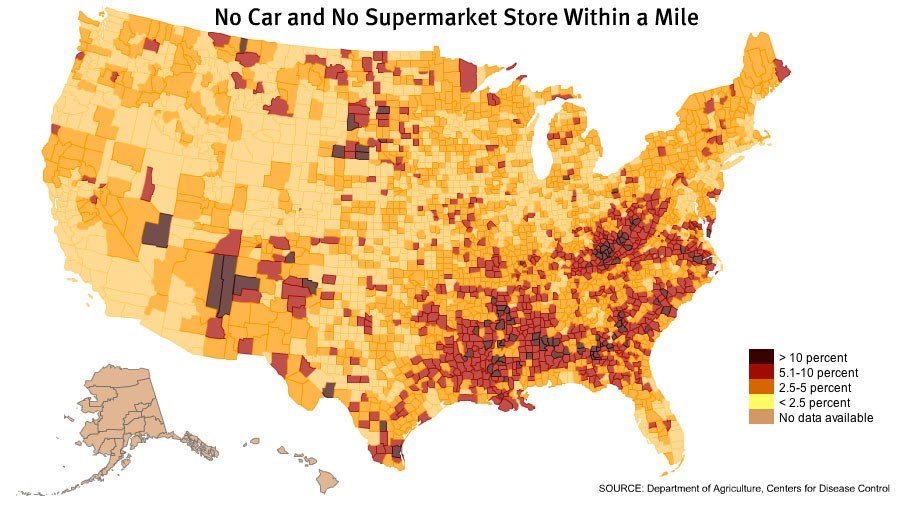 Now AOC is weighing in. While Democrat Rep. Fredrica Wilson attempted to politicize the crisis by arguing that the virus was sexist against women (despite 70% of the deaths so far being men), AOC believes the virus is actually racist (a very important distinction!). “COVID deaths are disproportionately spiking in Black + Brown communities,” she wrote on twitter. “Why? Because the chronic toll of redlining, environmental racism, wealth gap, etc. ARE underlying health conditions. Inequality is a comorbidity. COVID relief should be drafted with a lens of reparations.”

Why? Because the chronic toll of redlining, environmental racism, wealth gap, etc. ARE underlying health conditions.

Inequality is a comorbidity. COVID relief should be drafted with a lens of reparations.

My first thought was that the racial disparity must be the result of population density – because minorities, on average, tend to live in more population dense areas such as cities.

But when I looked for the exact data to investigate my thesis, I only found a complete lack of it. Ibram X. Kendi, a “Director of Antiracist Research” at American University shares AOC concerns, but noted in a recent article in The Atlantic that the data just don’t exist (yet).

No conservative, centrist, or progressive can say for sure whether race or class or even their intersection is the salient divider during the pandemic. We have data on neither the class nor the race of victims, let alone the intersectional data that would allow us to assess, say, whether poor Asian women are dying at higher or lower rates than poor white women; or whether white elites and Latino elites are being infected at similar or dissimilar rates. We just don’t know.

The only exception is in Michigan, whose Department of Health and Human Services does show that African-Americans are dying disproportionately from the virus. But again, that’s not due to racism, that’s due to Detroit being hit by the virus.

So, where did AOC source her information from? She’s either extrapolating from Michigan, or she just made it up knowing it would sound plausible to her audience, and ran with it.

And it worked. After all, no one else has bothered to fact check her on this.

Previous
Media Matters Accused Fox News of "Coronavirus Fearmongering" in January
Next
Ep. 1220 What If The Experts Are Wrong?