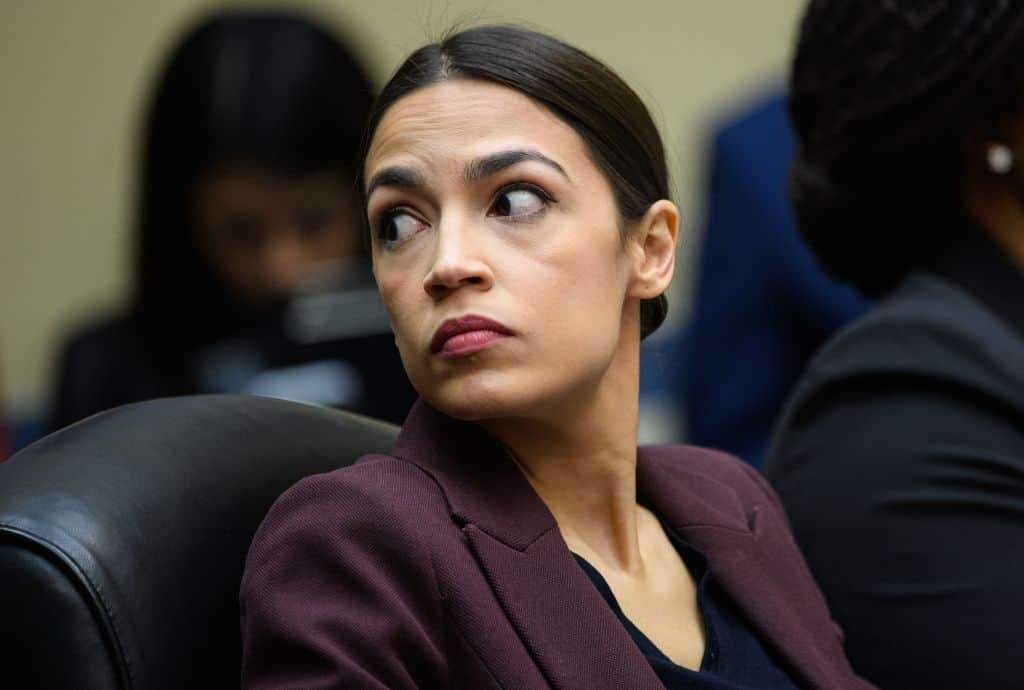 The hearing was titled, “Holding Megabanks Accountable: An Examination of Wells Fargo’s Pattern of Consumer Abuses,” and Ocasio-Cortez seized the moment to advance her own agenda, asking questions about ICE and oil pipelines.

Ryan Saavedra of the Daily Wire detailed the embarrassing exchange:

“Mr. Sloan, why was the bank involved in the caging of children?” the congresswoman asked.

I don’t know how to answer that question because we weren’t,” Sloan responded.

“Uh, so in finan–, you’ve, you were financing, involved in debt financing in CoreCivic and GEO group, correct?” Ocasio-Cortez responded.

“For a period of time, we were involved in financing one of the firms, we are not anymore,” Sloan responded. “I’m not familiar with the specific assertion you are making, but we weren’t directly involved in that.”

Ocasio-Cortez then switched topics to the Dakota Access Pipeline and asked Sloan if Wells Fargo should be held responsible “for the damages incurred by climate change due to the financing of fossil fuels and these projects.”

Speaking over Sloan, she asked, “How about, uh, the clean ups from the leaks of the Dakota Access pipeline?”

“I’m not aware of the leaks associated with the Dakota Access pipeline that you’re describing,” Sloan responded.

“So, hypothetically, if there was a leak from the Dakota Access pipeline, why shouldn’t Wells Fargo pay for the clean up of it since it paid for the construction of the pipeline itself?”

“Because we don’t operate the pipeline, we provide financing to the company that’s operating the pipeline…” Sloan answered.

Watch the cringeworthy exchange below:

SLOAN: "I don't know how to answer that question because we weren't." pic.twitter.com/VJJOcFSn7v