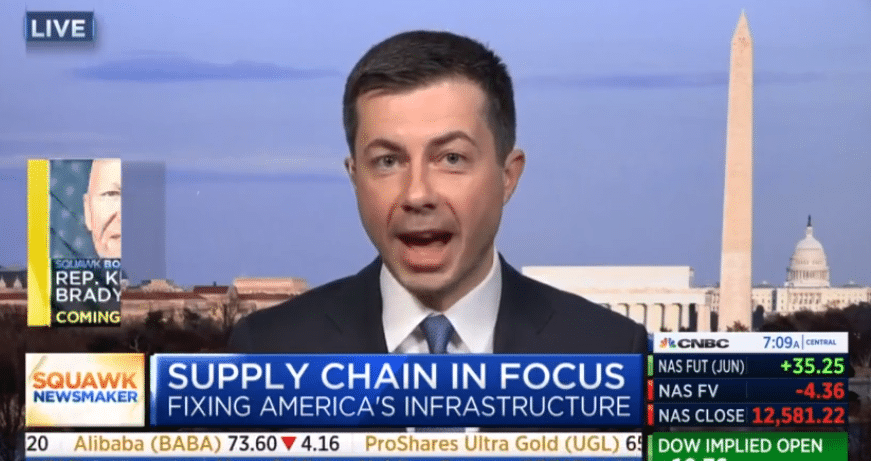 According to the voodoo economics coming out of the Biden administration, the federal government spending a ton of money it doesn’t have not only doesn’t cause inflation, but reduces the national debt too!

This revelation comes as the producer price index (which measures wholesale prices) surged 10% year-over-year in February, the highest increase on record, and gas prices reach the highest nominal levels since 2008.

Speaking at at the House Democratic Issues Conference, Nancy Pelosi told the audience that Biden’s Build Back Better agenda won’t add to either inflation or the national debt (despite already having done that).

CNBC’s Joe Kernen read those comments to Pete Buttigieg to give him the opportunity to defend the indefensible comments, which he impressively attempted to do with a straight face.

Buttigieg responded: “First of all if you look at our fiscal policy, it is true.” He continued, “And most people don’t know this, but the deficit has gone down,” which is only true when you use a year in which a pandemic and subsequent lockdowns put tens of millions of people out of work and on government benefits while collapsing the tax base as your reference point.

Strangely, the media’s so-called “fact checkers” haven’t tackled either of these claims.