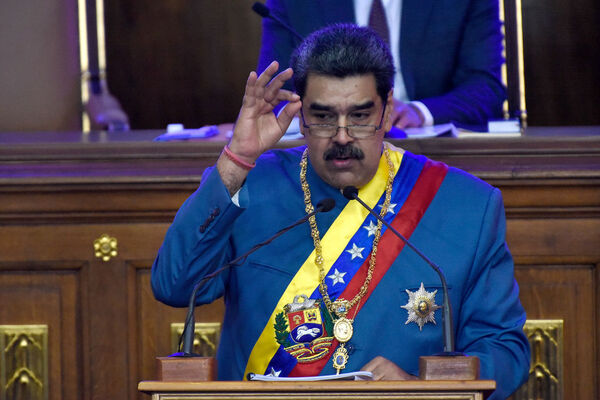 While Biden may not want to boost production domestically, he's had no issue groveling to foreign leaders to boost output. After attempting to pressure OPEC to boost output before midterms (and failing), the Biden administration moved to shield the Saudi Crown Prince Mohammad Bin Salman from legal liability in a lawsuit related to the death of journalist Jamal Khashoggi, which was following by Saudi Arabia's State Press Agency reporting that the Kingdom would then be boosting output (though this was later denied).

While the status of his Saudi strategy remains in question, he's since turned to the rogue communist state Venezuela in the meantime.

Chevron Corp. has won U.S. approval to resume and expand its oil operations in Venezuela, the U.S. government announced on Saturday.

The Treasury Department said Chevron has been issued an expanded license to import petroleum or petroleum products produced by its joint venture with PDVSA, the Venezuelan state oil-firm. The approval comes after talks resumed between the Venezuelan government, led by socialist President Nicolás Maduro, and the opposition Unitary Platform.

"This action reflects longstanding U.S. policy to provide targeted sanctions relief based on concrete steps that alleviate the suffering of the Venezuelan people and support the restoration of democracy," the Treasury Department said.

So, what exactly is the excuse for why we can't just produce more in America?

Matt Palumbo is the author of The Man Behind the Curtain: Inside the Secret Network of George Soros Don't miss the Dan Bongino Show