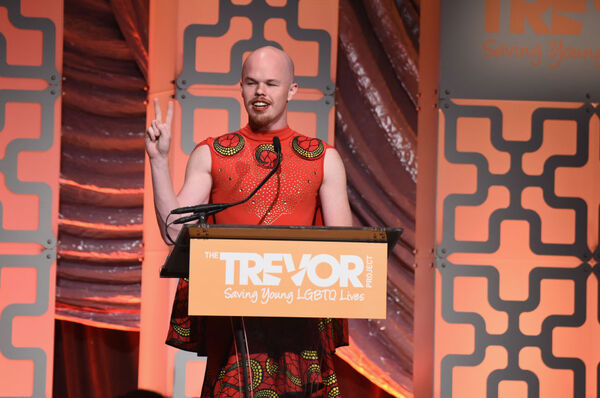 Sam Brinton, a self-described “gender fluid” LGBTQ activist who serves as a senior Energy Department official, was charged with felony theft after allegedly stealing a woman’s luggage from a Minneapolis airport back in September. The timing of the alleged theft coincides with Brinton quietly taking a leave of absence in September.


Brinton was charged with felony theft after allegedly snatching a Vera Bradley suitcase reportedly worth $2,325 from baggage claim at the Minneapolis-St. Paul Airport on Sept. 16, according to court documents.

Brinton, who uses they/them pronouns, was captured on surveillance video grabbing the luggage and removing its ID tag identifying the owner, the filings state.

They were later seen using the Vera Bradley suitcase on at least two occasions, while traveling to Washington, DC, on Sept. 18 and Oct. 9, investigators said. Brinton initially denied stealing the suitcase to police officers, but later claimed they took it by mistake and still had it in their possession.

“If I had taken the wrong bag, I am happy to return it, but I don’t have any clothes for another individual,” Brinton first told the officer. “That was my clothes when I opened the bag.” However, Brinton called the officer back two hours after their first conversation and confessed to not being “completely honest.”

Brinton eventually changed his story, claiming to have accidentally grabbed the wrong bag at the luggage carousel due to exhaustion. Brinton claims that when he opened the bag at his hotel, he realized that it wasn’t his, but then was nervous someone would think he stole it and he wasn’t sure what to do. But it can’t possibly be the case that Brinton mistook his bag, because he didn’t check a bag of his own - but then later checked the allegedly stolen bag.


This story is somehow far, far, far crazier than even the headline. Dude didn't check baggage for a flight, yet went to the carousel, took a woman's Vera Bradley rollerbag, and checked it on his next few flights. https://t.co/ZPhJOAfWpN