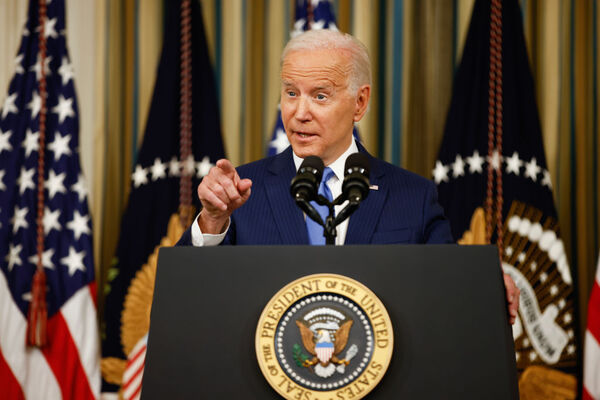 Reacting the recent mass shootings in Colorado and Virginia, Joe Biden told CNN he believes "The idea we still allow semi-automatic weapons to be purchased is sick. Just sick. It has no social or redeeming value. Zero, none."

In the past, Democrats have been careful to pretend that they only support banning "semi-automatic rifles" or "semi-automatic assault weapons." In this case Biden is expanding the proposed ban to all semi-automatic weapons, which result result in the ban of most handguns too.

In recent years, the so-called fact-checkers at PolitiFact denied that Biden supported a ban on certain handguns.

In 2020, PolitiFact’s Samantha Putterman wrote an article in response to the NRA’s claim that “Joe Biden wants to ban 9mm pistols,” (the most popular handgun in the U.S.) rating their claim “False” while herself falsely claiming that Biden was only talking about banning high-capacity magazines.

The NRA’s source for Biden’s stance was a Seattle Times story that reported, “While saying he supports the Second Amendment, Biden called the absolutist arguments of some gun-rights supporters ‘bizarre.’ Noting people can’t own machine guns or bazookas, Biden said, ‘Why should we allow people to have military-style weapons including pistols with 9-mm bullets and can hold 10 or more rounds?’”

Putterman interprets Biden's comment as him talking about high-capacity magazines needing to be banned, but "not the gun itself."

Amusingly, PolitiFact isn't even internally consistent on this exact issue. When the House Republicans wrote in a tweet in 2021 that “President Biden says he wanted to ban handguns,” PolitiFact’s Jon Greenberg rated the claim false, with the justification that it’s not all handguns Biden wants to ban, but only 9mm pistols that he wants to ban, contradicting Putterman's prior spin.