Biden: Kamala Would Be Ready to Step in as President If Need Be 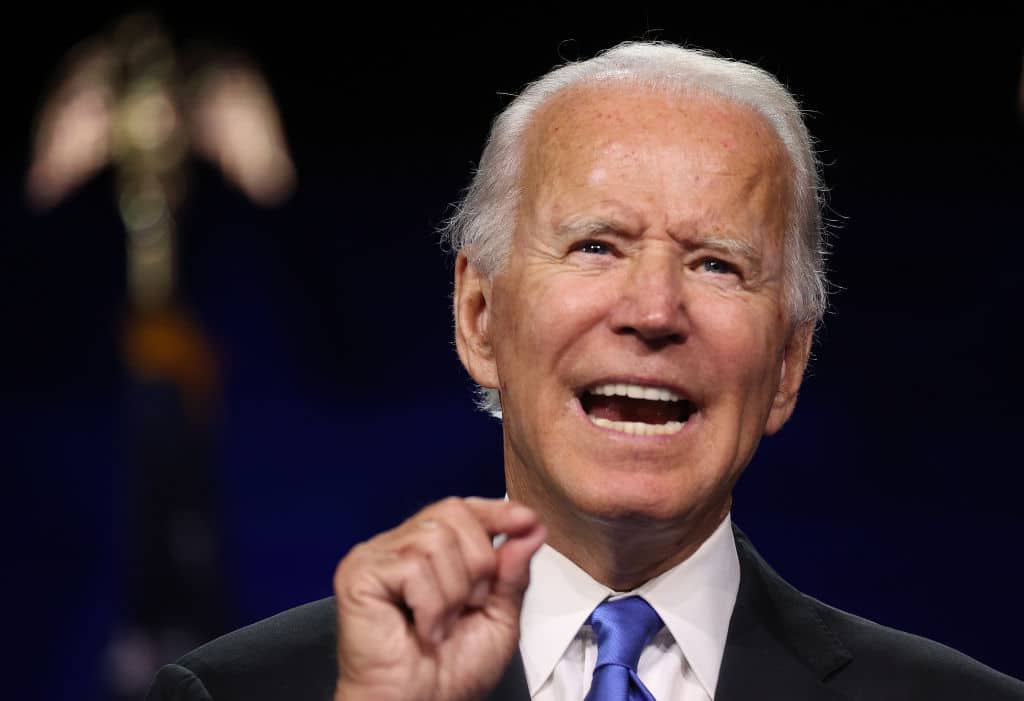 Yesterday Joe Biden made an attempt to assure supporters that Kamala Harris is ready to step up to the plate and become President if necessary.

Biden tried to downplay concerns Wednesday if elected running mate Sen. Kamala Harris, would need to replace him before his term was over, heaping praise on her by saying she would be ready on “day one” – and then quickly adding, “if someone pushed me off a roof.”

Biden’s comments were made on the nationally syndicated radio program “The Steve Harvey Morning Show.”

Biden called Harris “so good” and “so damn bright and knowledgeable.”

“She’s ready to be president on Day One if I – if somebody pushed me off a roof or something,” he said. “There are a lot of really fine women that I had to choose from, but I think she’s ready on Day One.”

Joe Biden knows who will actually be in charge if he’s elected president: Kamala Harris and the radical left.

“She’s ready to be president on day one if somebody pushed me off a roof or something,” he said. pic.twitter.com/gvOPa0PA58

Kamala recently accidentally spoke touting her plans for a “Kamala administration” before correcting herself and saying “Biden-Harris administration.”

Most voters don’t fear that Biden wouldn’t be able to complete his first term due to “being pushed off a roof” – but rather because of his lacking mental acuity.

As we reported last month, a Rasmussen Poll found that “59% of Likely U.S. Voters believe it’s likely Biden’s running mate will be president before the end of Biden’s four-year term if he wins this fall, with 39% who say it’s Very Likely. Thirty-five percent (35%) consider it unlikely that Biden’s vice presidential choice will be president before his four-year term ends, but that includes only 14% who think it’s Not At All Likely. Even 49% of Democrats think it’s likely Biden’s vice president will become president in the next four years, although that compares to 73% of Republicans and 57% of voters not affiliated with either major party.”

And given his recent comment, even Biden could be among those in agreement.