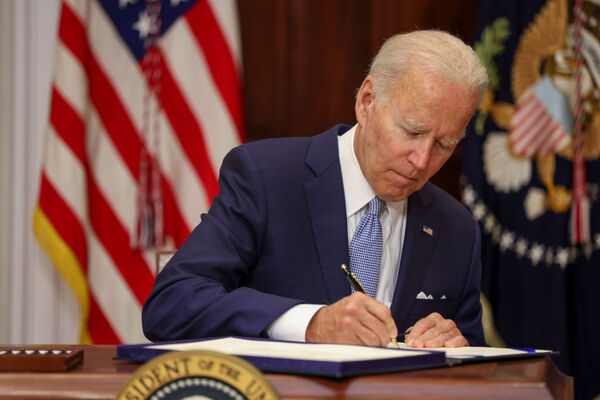 Democrats have finally decided that now is a good time to refill America's strategic petroleum reserve (SPR) now that doing so will cost nearly three times as much as when they shot down Trump's attempts at doing it.

During an appearance on CNBC, Biden advisor Amos Hochstein explained that after a historic depletion in a desperate bid to lower gas prices before midterms, the Biden administration wants to refill the SPR at $70/barrel.

"The President would like to replenish the SPR in full of what we released and when prices start reaching towards that $70 (per barrel) mark that's when we'll look to increase and repurchase oil into the SPR," Hochstein told CNBC, though he added that a range of $72-73/barrel could also be considered. although added the $72-$73/b WTI range might also be considered.

In March 2020 Donald Trump proposed purchasing 77 million barrels of oil to refill the strategic reserve to its maximum capacity when prices were $24 a barrel. Democrats blocked the move, blasting it as somehow being a "bailout" for the oil industry.

After Biden's latest release from the SPR, its reserves are at its lowest since 1984.

As of writing, a barrel of oil costs roughly $78, and haven't been below $70 since the end of last year.