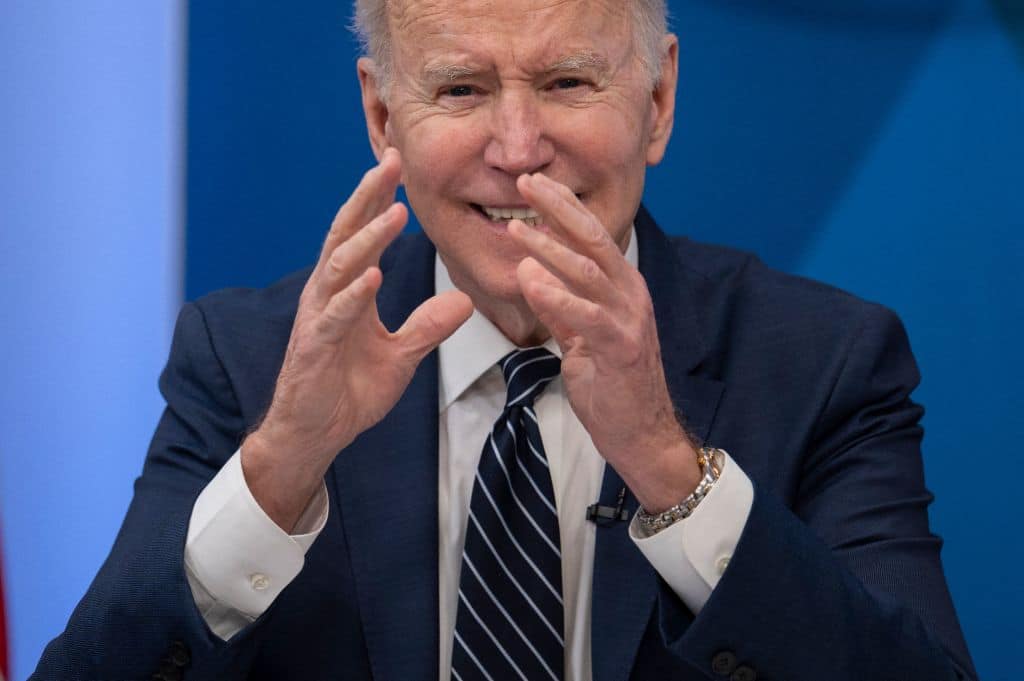 As the Daily Caller reports:

Biden’s approval rating sank to a new low of 33%, according to a new Quinnipiac poll. The April poll found 33% of voters approved of Biden’s handling as president, while 54% disapproved. Broken down by party lines, Republicans disapprove 93-3%. Democrats approve 76-12%.

More than half of Independent voters disapprove of the 46th president’s handling, with only 26% offering approval.

Biden is polling the worst among those age 18-34, a demographic that heavily leans left, and among Hispanics, which historically has leaned left in presidential elections.

The latest Quinnipiac poll finds Joe Biden with a 26% approval rating among Hispanics — lower than his rating among whites.

Even if you think it's off 10 points, it is a nightmare scenario for Democrats. pic.twitter.com/RdoYxSKNUz

In the past two presidential cycles, Quinnipiac’s polls greatly overstated Biden’s true support. In the 2016 election their popular vote prediction overstated Clinton’s actual support by 2.2 points, and in the 2020 election their polling exaggerated Biden’s national support by 6.5 points. In their polls leading up to election day 2020, 24% of the voters Quinnipiac sampled were Republicans, compared to 34% Democrats.

In other words, Biden’s record low approval in their poll is likely even lower in reality.

In response to a slew of polls suggesting a bloodbath for Democrats in the looming midterms, Democrat strategists have blamed a “lack of communication” of their accomplishments, whatever those are supposed to be.