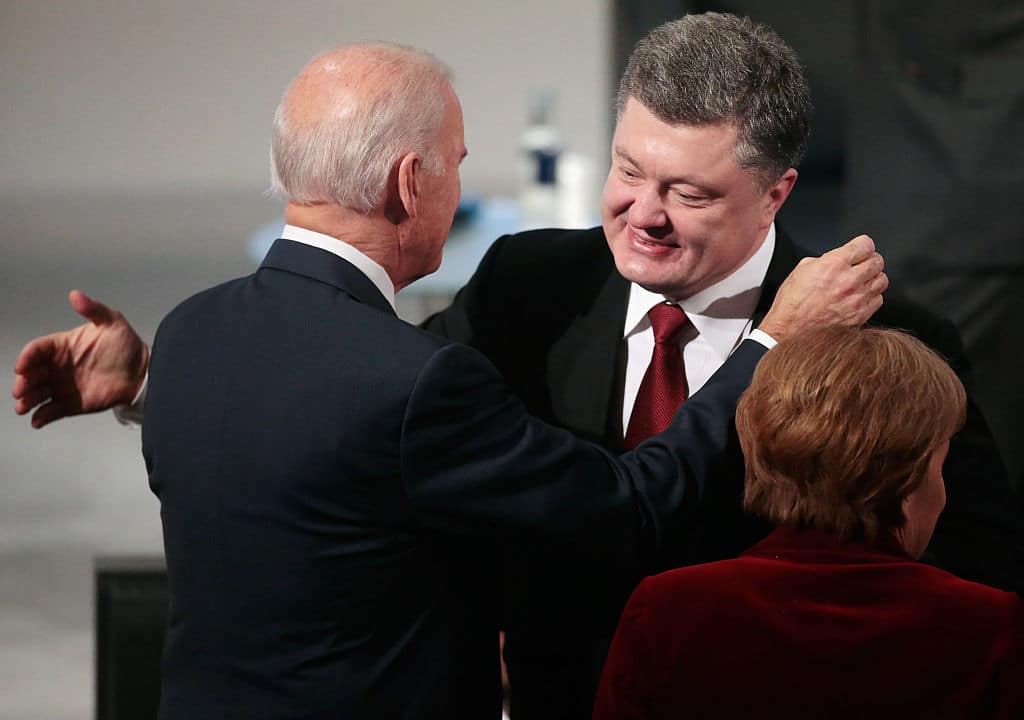 Never forget that it was President Donald Trump’s interest in alleged wrongdoing of Joe Biden and Hunter Biden in Ukraine that sparked the entire impeachment witch hunt Democrats were looking for an excuse to execute. Democrats didn’t care about any potential wrongdoing on the part of the Bidens – they cared that Trump inquired about it.

As reported by Breaking911:

In the audio posted to YouTube, the two discuss then-prosecutor Viktor Shokin’s resignation in exchange for $1 Billion in U.S. loan guarantees, as previously admitted by Joe Biden in a public interview (below).

At the time, Shokin was probing Burisma, a Ukrainian energy company that employed Hunter Biden, the Vice President’s son, to sit on its board.

In the audio, Poroshenko admits there was no evidence of wrongdoing by Prosecutor Shokin—but Biden insisted he be fired.

“And I’m a man of my word,” Biden says. “And now that the new Prosecutor General is in place, we’re ready to move forward to signing that one billion dollar loan guarantee.”

Listen to the full conversation below. Note that as of writing, Breaking911 has not confirmed the audio’s authenticity.