There Have Been Nearly 3.5 Million Border Encounters With Illegals Since Biden Declared Border "Under Control" 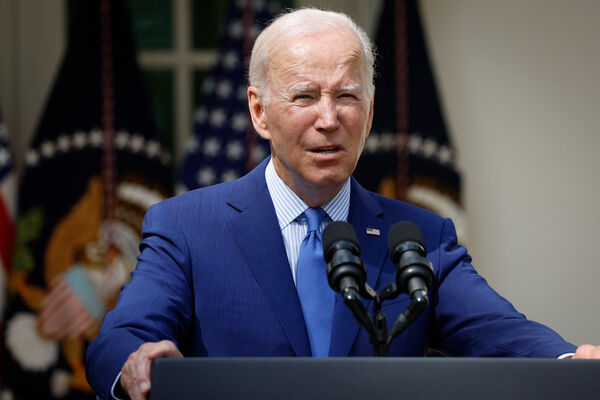 Back in April 2021 Biden said during an interview on the TODAY show that crossings were "way down now," and that his administration has "now gotten control" of the southwest border.

Biden was speaking in April FY 2021, and thus the most recently available data at the time of his comment was from the month prior. CBP data shows that there were 173,277 encounters with illegals at the southwest border in March FY 2021, and at no point for the rest of the FY would encounters clock in below that. In FY 2022 there were any two months (January and February) where encounters were lower than in March FY 2021.

In total, there have been 3,313,720 reported southwest border encounters since Biden declared the problem "under control." When the data for this month comes in, the total will likely exceed 3.5 million if current trends hold. It is estimated that for every aprehension of an illegal at the southwest border, there is one succesful illegal crossing. 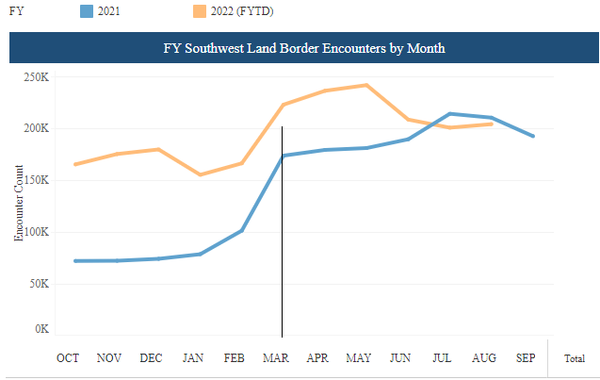 If we're to accept the widely cited estimate of America's illegal population at around 11 million prior to Biden's presidency (though some estimates are double that), that would imply that the illegal population exploded by 30% less than two years in.