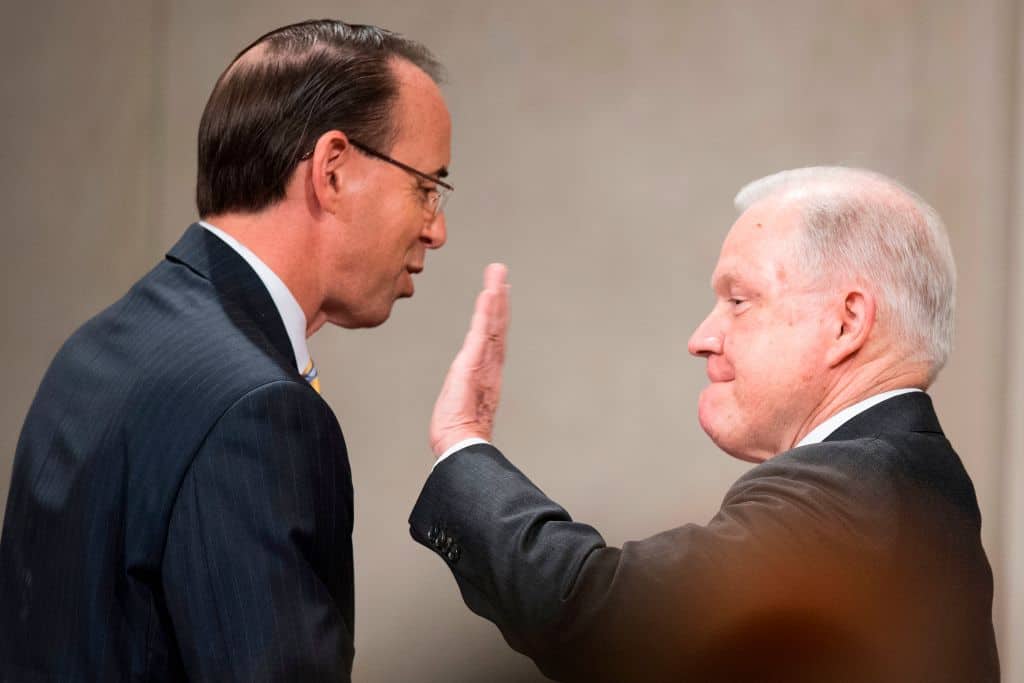 “At your request, I am submitting my resignation,” Sessions wrote in a letter to Trump.

Sessions departure from the Justice Department is not unexpected, as the president has signaled changes to his administration after the midterms. But no one faced more rumors of an imminent dismissal than Sessions.

LISTEN: The good, the bad, and the ugly takeaways from midterm Election results

For more than a year, Trump has repeatedly lambasted Sessions over his recusal, saying he wouldn’t have installed Sessions as the country’s top law enforcement officer had he known his attorney general would recuse himself from the Russia probe.

In September, Trump said of his strained relationship with Sessions, “I don’t have an attorney general. It’s very sad.”

Shortly after taking office, Sessions removed himself from the Russia investigation in March of 2017, citing his involvement as a high-profile surrogate and adviser to Trump’s campaign.

We are pleased to announce that Matthew G. Whitaker, Chief of Staff to Attorney General Jeff Sessions at the Department of Justice, will become our new Acting Attorney General of the United States. He will serve our Country well….

….We thank Attorney General Jeff Sessions for his service, and wish him well! A permanent replacement will be nominated at a later date.