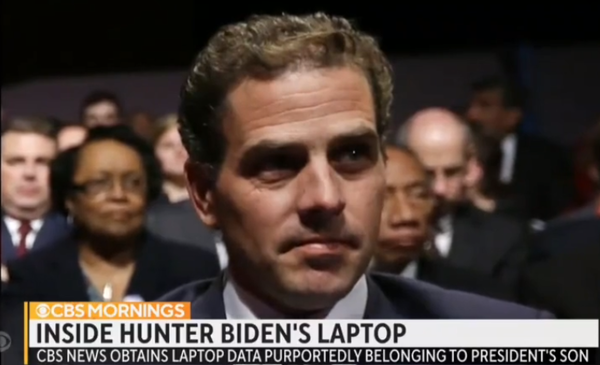 CBS News is just now breaking news that the rest of us knew two years ago: that the “Hunter Biden laptop” is indeed authentic, and not some product of “Russian disinformation.”

CBS obtained data from the Hunter Biden laptop through a source who said they provided it to the FBI under subpoena. Former Fox News Chief Intelligence correspondent Catherine Herridge reported on what was found during an independent forensic review, who said that there "is no evidence it is fake or tampered with."

The timing is fascinating, as it means CBS decided to ignore the story when it mattered most (when it broke), continued to ignore it for another two years, only to then admit that it was true the entire time right as House Republicans are gearing up for investigations into Hunter Biden that will further validate the laptop.  Don't miss The Dan Bongino Show