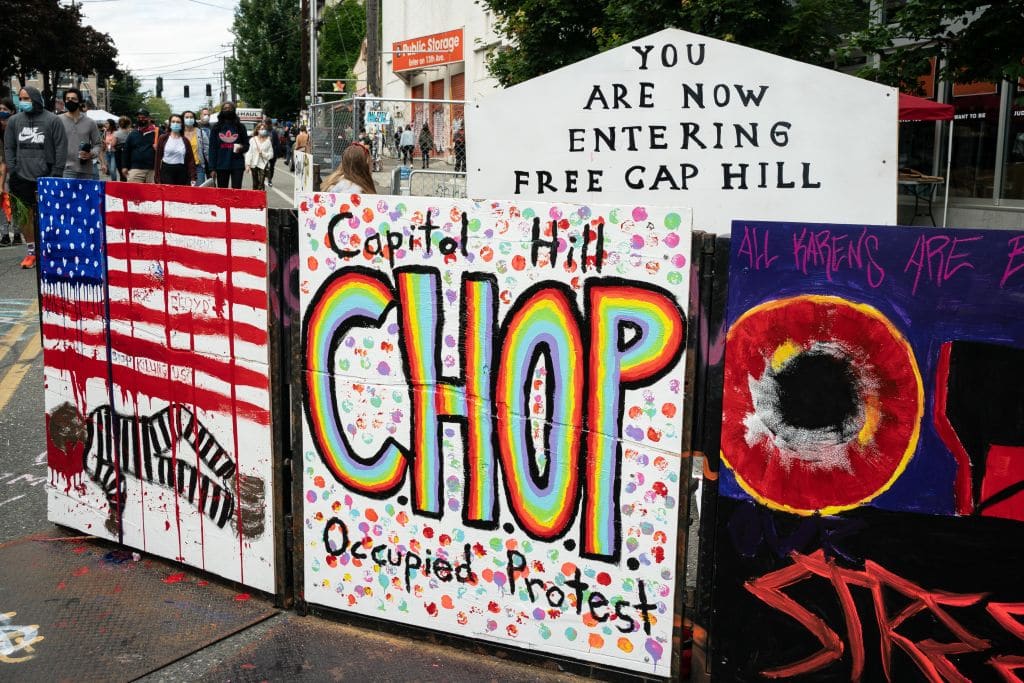 After a handful of reported sexual assaults, violence against outsiders, and numerous thefts, the Seattle Autonomous Zone known as CHAZ and/or CHOP suffered their first reported homicide over the weekend on Saturday.

In line with their “no cops allowed” philosophy, police weren’t allowed to enter following the shooting. Since paramedics need police to clear an area before operating following a shooting, they were unable to assist the person shot, who bled out for thirty minutes and eventually died. Had police been allowed in, it’s likely the person would’ve lived. Another person was shot and survived, and Seattle Police are currently investigating reports of another shooting on Sunday night on top of that.

While the media has been portraying this modern rendition of Lord of the Flies as peaceful (or as they sometimes comically put it, “mostly peaceful”), due to their low population, this single murder already makes CHAZ/CHOP the most violent “nation” in the world.

Of course, one could argue that this is misleading because CHAZ and/or CHOP has a small “permanent” population and many thousands enter their alleged paradise every day. While we don’t know how many visitors the zone gets daily, if they get 1,000 they have a murder rate of 100 per 100,000. If their population were as high as 5,000 (which is very unlikely), it would still imply a murder rate of 20 per 100,000, about four times the U.S. average.

Needless to say, this most recent experiment in communism appears to be just as successful as past attempts. We look forward to their excuse for why it failed this time around.