The old saying continues to ring especially true in the coronavirus era: if liberals didn’t have double standards, they wouldn’t have any standards at all.

Admittedly, I didn’t think liberals could get any more hypocritical after they spent months berating anyone who wanted as much as a haircut only to do a 180 and encourage millions of people to protest side by side in the streets following the death of George Floyd.

But with the modern left, they behave as if they don’t have a choice but to argue the opposite of anything a conservative says, or against whatever President Donald Trump’s latest action is, no matter how reasonable. If Trump is flown to Walter Reed Hospital, hysterical Washington Post columnist Jennifer Rubin berates him for not being driven. When Trump is driven to wave to supporters a mere two days later, Rubin excoriates Trump for putting the driver at risk.

It seems that for conservatives, pleasing the media is a game where the only way to win is to not play at all.

The latest act of hypocrisy (which I’m sure will be topped by tomorrow) comes from Kaitlan Collins of the Airport Network (known by viewers as “CNN”).

“Only days into his diagnosis, the first thing President Trump does when he gets back to the White House is take his mask off” she tweeted after Trump returned from the hospital and made an appearance on the White House balcony. She also complained on-air “…What the president is portraying by taking his mask off when he gets back to the Truman balcony to give this grand return to the White House, is that everything is fine and, as he said, don’t let coronavirus control your life.”

Only days into his diagnosis, the first thing President Trump does when he gets back to the White House is take his mask off. pic.twitter.com/kyqvHcSbIl

A Democrat Pennsylvania Democrats state representative was recently caught on a hot mic describing masks as “political theater,” and in May Collins found herself in a similar situation. There was no hot mic, but she believed that the cameras stopped rolling at the end of a press conference, and the first thing she did was take her mask off.

CNN reporters like Kaitlin Collins obsess over masks when the cameras are on, but when they think they’re off, off comes their masks!pic.twitter.com/IpPSvgDqhc

It’s seldom the case that one literally unmasks themselves as a hypocrite.

Shockingly, Collins commentary here wasn’t even the craziest regarding Trump’s balcony appearance. NBC’s Michael Beschloss cited the mere appearance of a world leader on a balcony as proof that we’re living in an authoritarian country.

In America, our Presidents have generally avoided strongman balcony scenes — that’s for other countries with authoritarian systems.

And if that’s the case, I’d like him to explain the following photograph: 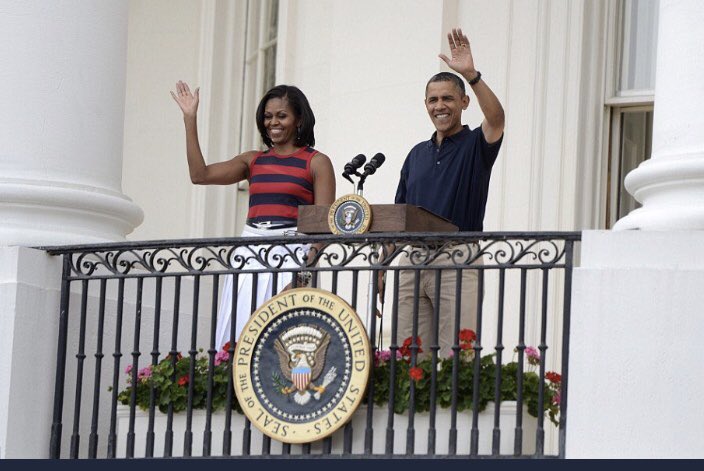 I’m sure he’ll be happy to ignore that one.