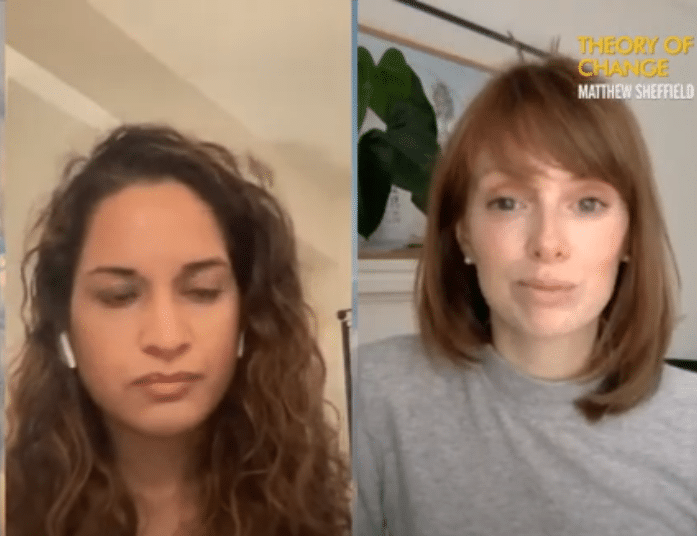 Soros-backed Antifa-linked activist Nandini Jammi, who co-founded the group “Check My Ads” with the goal of harassing advertisers into dropping right-wing clients, made headlines recently after an old blog post of hers surfaced where she argued that young sex offenders should receive reduced punishments.

Her blog post was later cited in an academic paper titled  “The Integration of Juvenile Sex Offenders Into Higher Education Institutions.” The paper’s abstract states that it “provides recommendations to university administrators for writing institutional policies that balance the right to an education and the need for safety of juvenile sex offenders and campus communities.” She’s since doubled down on her stance.

Just days later, the other co-founder of Check My Ads, Claire Atkin, tweeted “Teenagers! If you want to read a book that is banned in your school library because it features ‘sexual or gender identity as a prominent subject DM [direct message] me and I will but and order it to a safe location for you.”

Now Jammi runs  “Check my Ads” with Claire Atkin. In doing so, she has assigned herself to the same caliber of controversial activities she accuses other outlets of being provocative about.

Some controversies are more equal than others, according to Atkin and Jammi.

The tweet that Claire Atkin was responding to was from a CNN Opinion columnist who highlighted the severity of the controversy surrounding parental desires to get sexually themed materials off the shelves of their school libraries. This as Senate Bill 1142 in Oklahoma proposed by Rob Standridge would give parents autonomy to request such material be removed within 30 days, lest the school face a $10,000 fine daily if they didn’t comply.

There was a similar controversy over these sort of materials recently in Virginia schools, with some know-nothing left-wing pundits downplaying or denying the offending content even exists.

But, learning loss recovery? Or virtual learning for children sent home on “pause”, or as an option? Move along…

Atkin then reiterated that she stands with whatever “LGTBQ” teens are.