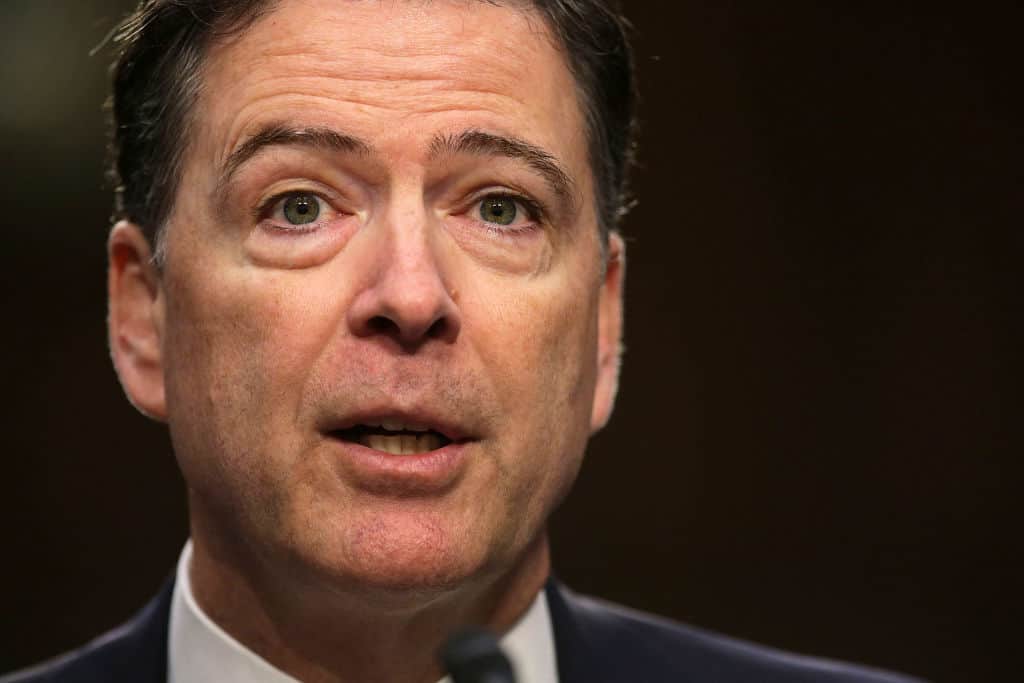 In an interview which aired yesterday, CNN’s Christiane Amanpour asked Comey whether he “feared” a counter investigation into himself and the FBI.

‘I don’t fear it personally,” he said.  “I fear it as a citizen, right? Investigate what? Investigate that investigations were conducted? What would be the crime you’d be investigating?” Comey asked.

He continued, “So it’s a terrible cycle to start. He’s already started it with calling for the locking up of his political opponents, including people like me. And so it would just be more of that dangerous step. And I would hope, although he continued to disappoint me, the Republicans would finally stand up and say, we don’t do that kind of thing. But me, personally, ask me questions. Go ahead. I’d like to answer them in the daylight, if I could, but ask me — ask me questions.”

Many Republicans, including President Trump himself have called for an investigation into the handling of the Trump-Russia probe.

Notably, Senate Judiciary Chairman Lindsey Graham (R-S.C.) is looking to investigate “whether those who believed that the FBI and the Department of Justice were playing politics, that they wanted Clinton to win and Trump to lose…”