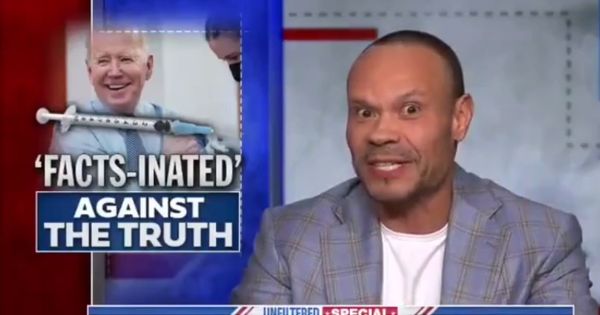 
On the most recent episode of Unfiltered With Dan Bongino, Dan slammed the mainstream media’s lies ahead of the midterm elections.

From Biden’s non-existent deal to avoid a catastrophic rail strike to his unconstitutional student loan bailout, the media has helped Biden take victory laps for non-existent achievements, only to do a 180 after midterms.

"They lie to you too. They set the table with BS narrative before the election. Then after the election they turn around with the dipsy doo flipperoo, and flip you a double barrel, non family friendly middle finger," Dan said.

Later in the show, Dan ripped CBS for finally admitting that the Hunter Biden laptop was real all along (something they and everyone else in the mainstream media secretly knew all along).  As Dan puts it, “It’s only a bombshell if your an idiot.”

Don't miss the show next week, which airs on Fox News at 9PM/ET.