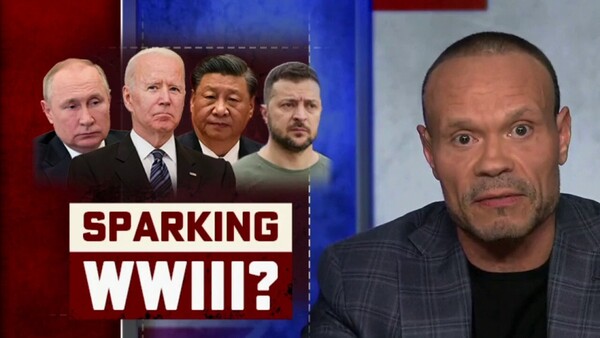 unfilteredoct1 by N/A is licensed under N/A N/A
Photos by Getty Images
On the most recent episode of Unfiltered With Dan Bongino this past Saturday, Dan warned that the United States could be "slow walking" into a global conflict after the likely-sabotage of the Nord Stream pipeline.

Dan Bongino: We're in a really dangerous place right now. The sabotage of the crucial Nord Stream pipeline — delivers gas from Russia to Germany — is a really big deal. It's the kind of event that can spark a world war. I'm worried that the U.S. is slow-walking its way directly into World War III and the guy in the White House has his head — I'll get kicked off cable if I tell you the rest.

So who did it? Who blew up the pipeline or pieces of it? That's the multi-billion dollar question. The blame game's already in full swing over who's responsible. So I'm going to break it down briefly and show you why I'm concerned about, again, a slow-walk into World War III, which is a really bad thing, because the Golden Rule on my show is, "Don't get dead."
Watch the full monologue below:

After, Dan was joined by journalist Glenn Greenwald, who sounded off on the Biden administration's war on whistleblowers.

Later in the show, Dan covered all the ways that the fact checkers have been asleep at the wheel when it comes to Joe Biden's many lies.

Matt Palumbo is the author of The Man Behind the Curtain: Inside the Secret Network of George Soros
unfilteredoct1 by N/A is licensed under N/A N/A
Photos by Getty Images