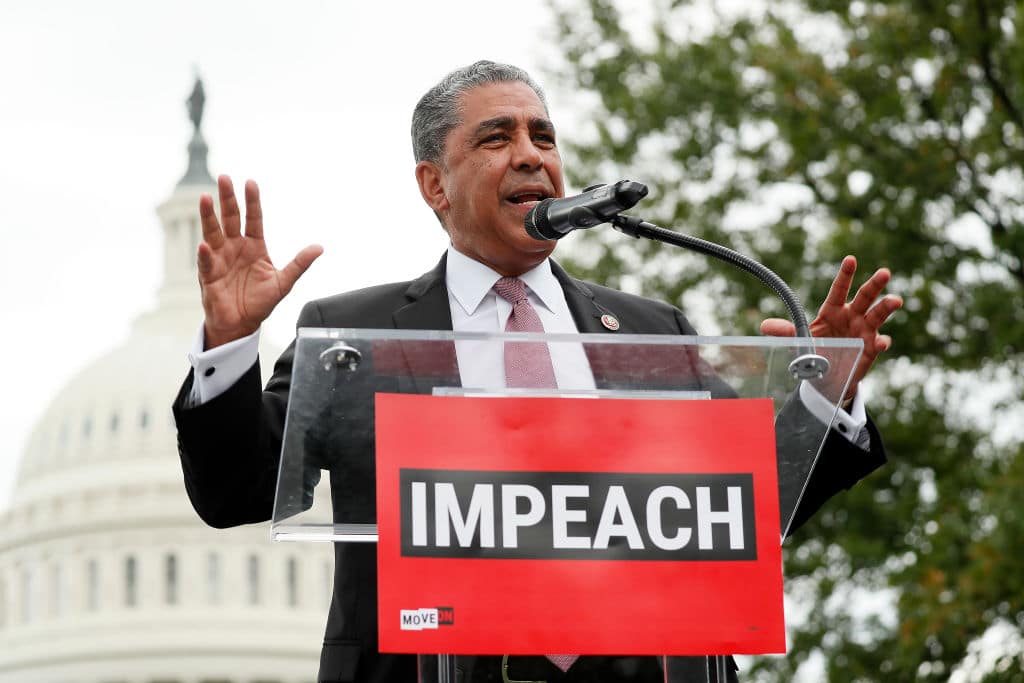 In an interview with Univision last week, New York Rep. Adriano Espaillat, a “former illegal immigrant,” said that the federal government should send checks to illegal aliens as part of the stimulus packages passed to combat the financial losses from the Chinese coronavirus.

It sounds crazy, but it is already happening to some extent in California where illegal immigrant business owners are being provided with state funds because they’re rightly not eligible for funds from the coronavirus relief bill.

As reported by the Daily Wire:

In the segment, a Univision narrator said, “Republicans have refused to include people without social security numbers in the relief measures.” A clip of Espaillat is then shown, where he said, “Millions of undocumented [immigrants] who work hard, and they’re outside on the streets now exposing themselves to getting sick, should also receive this kind of protection.”

Apparently though, Espaillat did not hold this view even two weeks ago, when he stated in a March 23rdpress release that anyone receiving these checks must have filed tax returns with individual taxpayer identification numbers (ITIN) (meaning having identification with the federal government, such as legal residents who are not citizens), as opposed to those who also file with social security numbers (which would inevitably lead to a larger pool susceptible to fraud and identity theft).

From the press release:

“We must put meaningful resources into the pockets of those hardest hit by the coronavirus. However, the current economic stimulus proposal is limited to one-time cash payments that exclude immigrant taxpayers who do not have a social security number, which will have an immediate impact on their citizen children and spouses,” said Rep. Adriano Espaillat (NY-13).

“In order to resolve this issue and ensure all individuals, particularly lower-income individuals and families, receive needed relief, we ask that individuals who file tax returns using Individual Taxpayer Identification Numbers (ITINs) are included in the final stimulus package,” he concluded.

The play by the Democrats is obvious. Just get everyone to accept your premise (in this case, that the federal government should send checks to people), and then keep taking it as far as possible. And when you get called out on it, just say your opponents want people to die and accuse them of fill-in-the-blank-aphobia or whatever-ism.

In other words, give them an inch, they take a mile.

Until conservatives resolve never to give in to the Left, this will happen again and again.