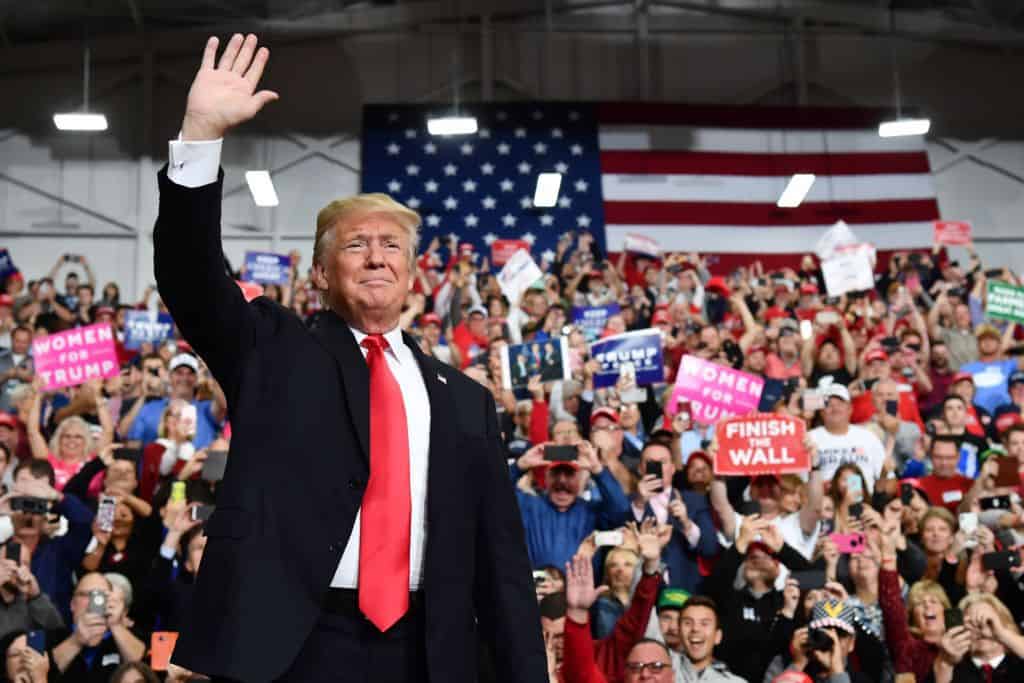 Democratic strategists are plotting to defeat President Trump in the 2020 election by taking lessons from the 2018 midterm races.

According to Bloomberg, the 2018 midterm candidates largely steered clear from engaging with Trump’s colorful rhetoric and instead focused on topics such as health care and economics. This–the article states–led to “sweeping victories, taking control of the House and picking up seven governor’s mansions.”

In contrast, during the 2016 presidential race, Hillary Clinton jumped at the chance to spar with Trump on hot-button issues like the so-called “Muslim ban” and attacked his personality–something strategists now find to be a losing approach.

Former Clinton campaign spokesman Brian Fallon said,  “The lesson for 2020 is that when he does and says outrageous things, assume that it’s on purpose and remember that you don’t need to fight every battle that he chooses. In 2016, we thought a lot of the fights he selected for himself were so obviously disqualifying that we were happy to lean into them and indulge some of the controversies he stoked.”

“We underestimated how much turnout he was able to generate in white rural areas by having extended fights on the issues he wanted,” Fallon said.

He noted that in the 2018 midterms “people didn’t give in to the conversation about the caravan. Democrats successfully sidestepped Trump’s attempts to make that the all-consuming issue.”

WHAT DO YOU THINK?

The article states that the “uncomfortable lesson” for Democratic strategists is the fact that many in the country “embrace Trump’s bluster and nationalist message centered on fears of illegal immigration, crime, and globalization.”

What Democrats like former Obama adviser Dan Pfeiffer say they need in order to win in 2020 is a candidate who has their own compelling story “that doesn’t feature Trump as the main character.”

“Trump’s greatest political strength is the ability to move the political conversation off topics that matter to Democratic and swing voters and onto topics that excite his base,” Pfeiffer said to Bloomberg in an email. “The challenge for the Democrats is not allow Trump to drive the conversation every day. We have to think creatively and strategically about how and what we communicate and do it with relentless discipline.”

Another large focus for Democrats will be the small town rural vote, according to the article:

Trump won the electoral college in 2016 by running up the score in small towns and rural areas in Ohio, Florida, Pennsylvania, and the upper Midwest, while weak turnout for Clinton in the metropolitan areas of Philadelphia, Milwaukee and Detroit proved fatal to her campaign. In 2018, upscale suburban areas saw a dramatic swing toward Democrats. White college graduates voted for Trump by 3 points in 2016 and House Republicans by 10 points in 2016; in 2018 they preferred House Democrats by 8 points, exit polls published by CNN show.