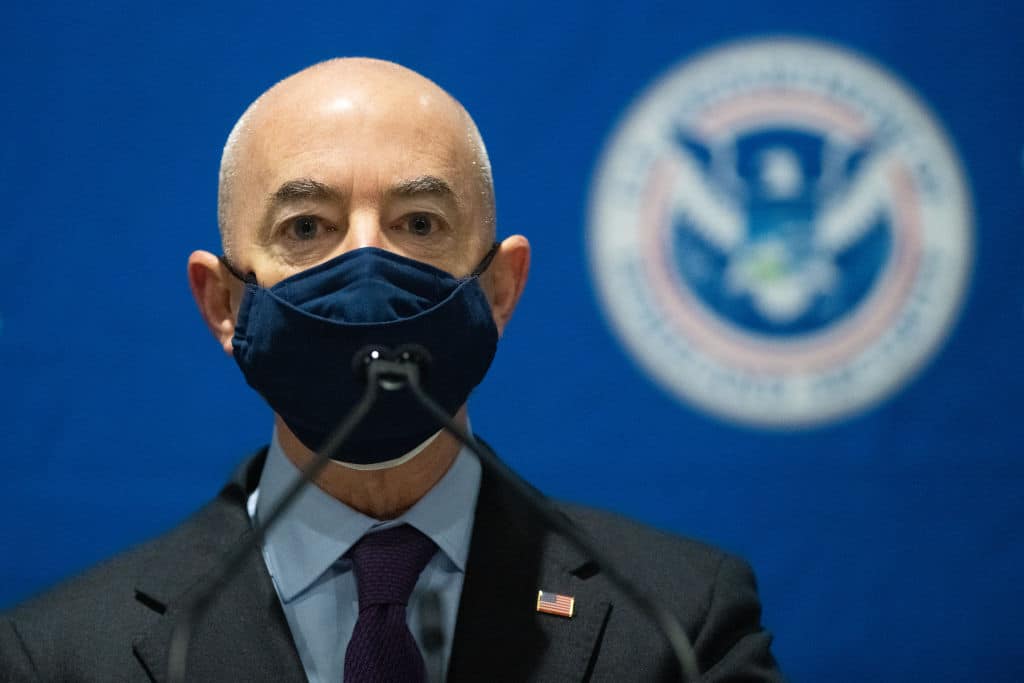 The Department of Homeland Security has just warned of a “heightened extremism threat,” but it isn’t ISIS or Al-Qaeda that’s their main cause for concern.

“The United States remains in a heightened threat environment fueled by several factors, including an online environment filled with false or misleading narratives and conspiracy theories, and other forms of mis- dis- and mal-information (MDM) introduced and/or amplified by foreign and domestic threat actors,” the DHS bulletin issued February 7th reads.

“These threat actors seek to exacerbate societal friction to sow discord and undermine public trust in government institutions to encourage unrest, which could potentially inspire acts of violence. Mass casualty attacks and other acts of targeted violence conducted by lone offenders and small groups acting in furtherance of ideological beliefs and/or personal grievances pose an ongoing threat to the nation.”

One part stands out when it comes to who this is targeting: “While the conditions underlying the heightened threat landscape have not significantly changed over the last year, the convergence of the following factors has increased the volatility, unpredictability, and complexity of the threat environment: (1) the proliferation of false or misleading narratives, which sow discord or undermine public trust in U.S. government institutions.”

They lead with that – it’s only after the “proliferation of false or misleading narratives” that the government puts calls for violence and calls by foreign terrorists for attacks as risk factors. In other words, the person(s) who wrote this bulletin are seemingly more worried about the supposed misinformation (i.e. disagreement) coming out of the Joe Rogan podcast than jihadists calling for violence.

Below is a picture of the bulletin in the event that it’s revised or removed.

This comes following the FBI deeming parents showing up to school board meetings to protest liberal insanity as a threat that required their attention.