Escape From New York: State Loses More Residents in 2020 Than Any Other

Everyone is leaving New York – and with Andrew Cuomo and Bill de Blasio running the show, it’s no wonder why.

My latest book comes out in less than two weeks in hardcover (kindle and audiobook are already for sale), and covers the decline of New York and the Big Apple under the duo. The book focuses primarily on three areas: their botched response to the coronavirus (that the media somehow heaped praise on), the economics of New York, and the deterioration of law and order.

I could think of no title more fitting than “Dumb and Dumber” – though I’m still not sure which is which. 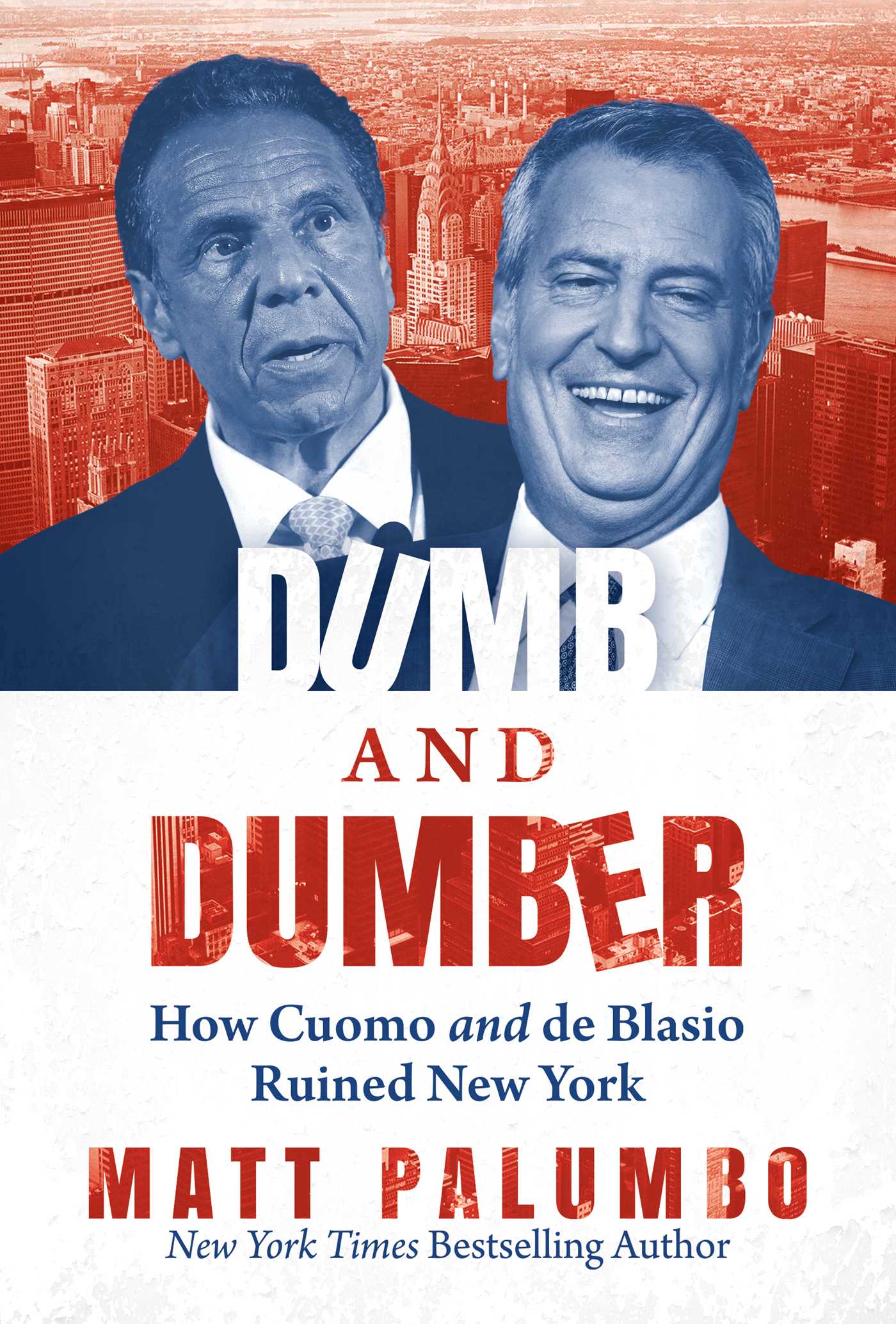 In the book, New York’s population decline is documented:

If you’re asking why anyone would want to live in New York in light of the information provided thus far, many New Yorkers are asking themselves the same question.

NYC’s population is beginning to drop for the first time in a decade. From 2017 to 2018, it fell 0.47 percent, which may appear minor but was the largest drop in any metro area during that period. While the population was projected to grow by seven thousand, it actually declined by thirty-eight thousand. The exodus accelerated from 2018 to 2019, with the city losing over fifty-three thousand people.

During the early months of the pandemic, nearly half a million people left the city, though we won’t know for some time how many left for good. Even immigrants are avoiding the city; international immigration fell nearly half since its peak in 2016 (far out of proportion with the decline in legal immigration under President Trump). By 2019, NYC’s population was only 2 percent larger than it was in 2010,  again, a time period where the population grew 16 percent nationally.

And now statistics through the end of 2020 that weren’t available at the time I submitted my manuscript, and they show that last year was probably the worst for New York ever in terms of population decline – and that they lost more population than any other state.

According to the Empire Center:

New York could be on the way to its first population decline in any decade since the 1970s, according to the latest estimates from the U.S. Census Bureau.

If one thing is for sure, it’s that Cuomo and de Blasio won’t be giving any of those they lost any reason to move back anytime soon.

This Week on Unfiltered With Dan Bongino: Roe Fails at the Court