Last week countless liberals took to the streets to celebrate the media’s declaration of Joe Biden’s supposed victory, many of them joined by the Mayors of their cities.

While every Trump rally or other public gathering has been described as a “super spreader” event by that media, that rhetoric temporarily went on hold once again because those congregating were backing a media-approved cause. 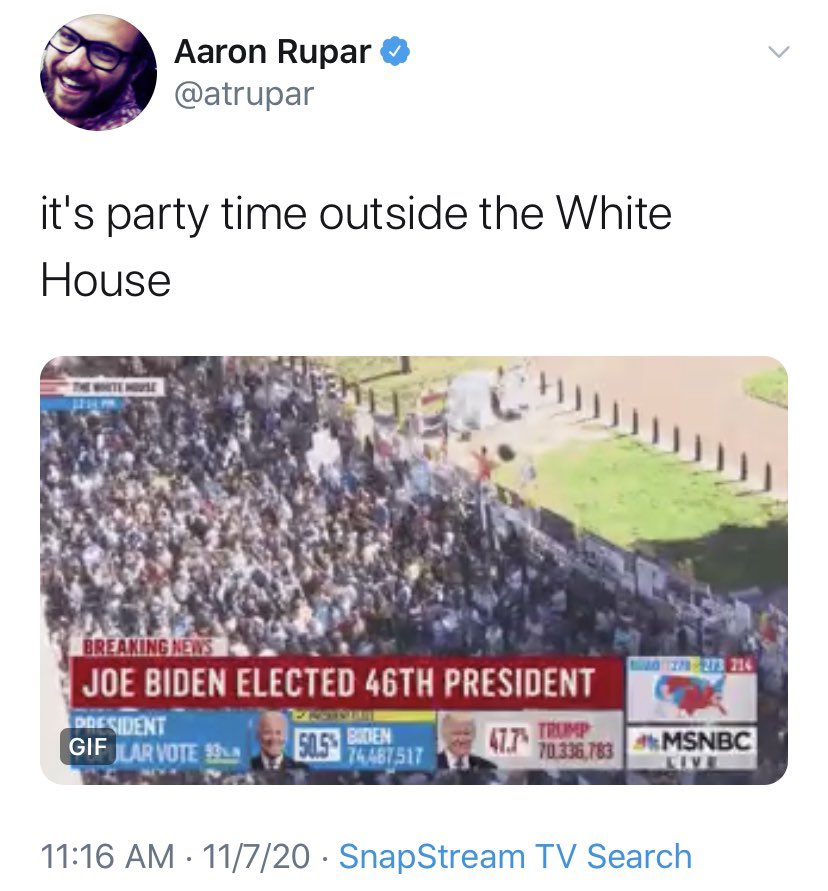 And he’s hardly the only person with no sense of self awareness and/or shame whatsoever.

As that event was occurring, a business run by a single Jewish mother in Brooklyn was being cited by police for violating coronavirus restrictions.

Last night: Thousands of @JoeBiden supporters including @BilldeBlasio & @chuckschumer are dancing on the streets squeezed together like sardines, 5 miles down the road NYS agents are handing out COVID fines to struggling Jewish shop owners in Brooklyn
pic.twitter.com/MQLQ4BBI39

Our country just saw more than 61,000 COVID-19 hospitalizations in one day.

This crisis isn’t over. Not even close.

This is our last chance to stop a second wave in New York City. We know the consequences if we don’t. https://t.co/U3QGCkOjNz

Two days after that he announced new regulations that would go into effect today.

Certain parts of Staten Island are now in a Yellow Zone. We know these focused approaches WORK:

And just like that, last week’s “peaceful protester” will be this week’s “grandma killer.”

It was the same story out of Lori Lightfoot’s Chiraq. While not wearing a mask (a cardinal sin to the modern left), Lightfoot praised the country for “taking our democracy back” to a crowd.

This is a great day for our city and our country. We are taking our democracy back. #BidenHarris2020 pic.twitter.com/OAZQPd1r4y

And then five days later she issued a stay-at-home advisory asking Chicagoans to only leave their homes for essential reasons.

Curiously, attending anti-Trump events isn’t on the list – though I’m sure she’ll be more than happy to make an exception should the need arise.