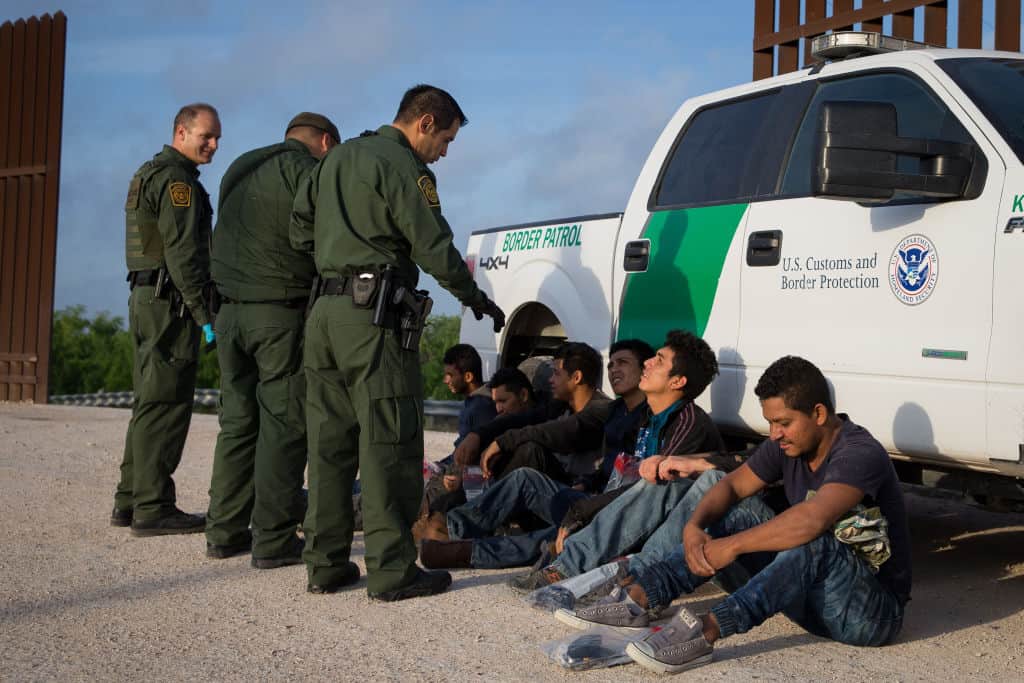 In the latest blow to Joe Biden’s immigration agenda, a federal judge blocked new rules that narrowed the categories of illegal immigrants that would be targeted for arrest and deportation.

Back in February the Biden administration issued guidance that limited ICE agents to three categories of immigrants; “those who pose a threat to national security; those who have crossed the border since Nov. 1, and those who committed aggravated felonies.” Field officers seeking to arrest anyone out of those categories needed approval from their chain of command.

Predictably, the guidance coincided with a sharp drop in arrests and deportations as the border crisis began spiraling out of control.

According to Fox News:

Judge Drew Tipton ruled that the policy was in violation of congressional mandates, and that Louisiana and Texas, which filed the lawsuit, were likely to succeed in their claim that the policy violated the Administrative Procedures Act.

The lawsuit by Louisiana and Texas argued that narrowing arrests would hurt them financially – including with increased detention, education and health care costs – and also damaged their interests in protecting their citizens from criminal illegal immigrants.

The states also argued that the guidelines prioritize certain criminal immigrants (aggravated felons) over other criminals, in breach of congressional mandates that order the detention of all criminal illegal immigrants.

Tipton ruled that the link between the guidance and the harm suffered by the states is “virtually unassailable” and that “the undisputed evidence demonstrates that the memoranda are already causing a dramatic increase in the volume of criminal aliens released into the public.”

The latest numbers show that illegal border crossings increased 13% from the month prior in July and hit a 21-year high, with 212,672 illegals encountered at the southern border. DHS Secretary Alejandro Mayorkas admitted in private that the situation is a disaster, and much worse than he’ll publicly admit.