FISA Report to be Released Dec. 9 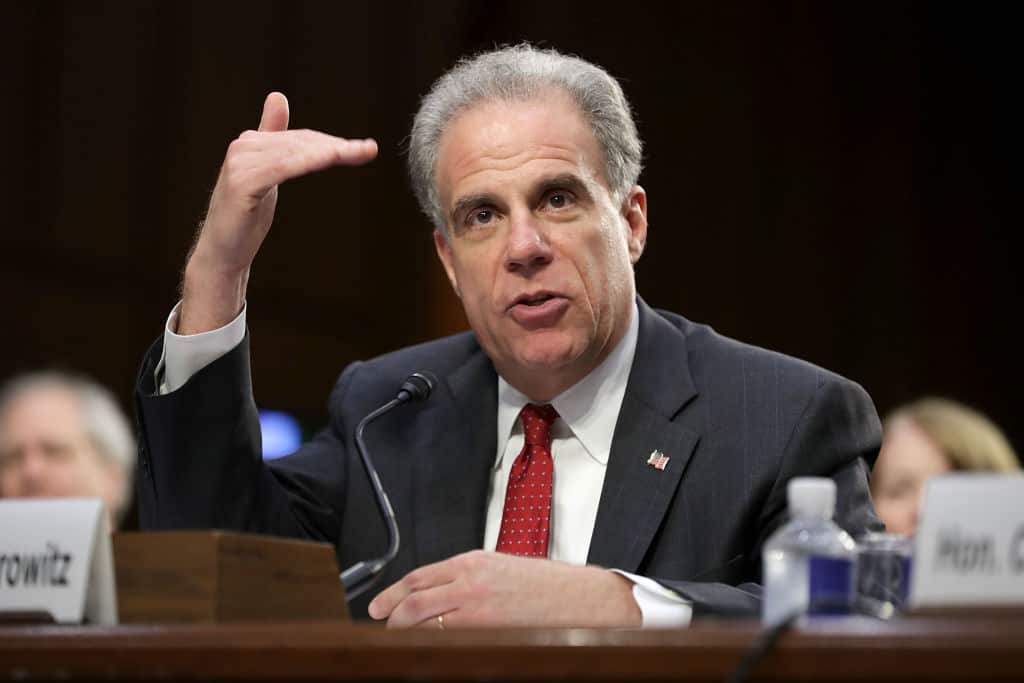 The Department of Justice Inspector General’s report on Foreign Intelligence Surveillance Act (FISA) warrant abuses is set to be released on December 9.

DOJ Inspector General Michael Horowitz will testify before the Senate Judiciary Committee shortly after the document’s release, on December 11.

Last month, Horowitz sent a letter to lawmakers notifying them that he was finalizing his highly anticipated report.

“After we receive the final classification markings from the Department and the FBI, we will then proceed with our usual process for preparing a final report, including ensuring that appropriate reviews occur for accuracy and comment purposes,” Horowitz wrote in the letter. “Once begun, we do not anticipate the time for that review to be lengthy.”

The report, according to Fox News, will “likely spark new congressional investigations and deliver critical information to other federal review probing allegations of abuse by the Justice Department and the FBI.”

.@realDonaldTrump teases upcoming IG report, preparing the country: “I predict you will see things you don’t even believe, the level of corruption.”

Though he says he hasn’t seen it, he names Comey, Strzok, Page, McCabe and even Obama as possibly being implicated.