FLASHBACK: Everyone in the Media Who Defended the Steele Dossier 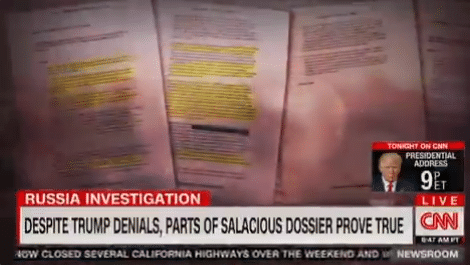 We knew it from the second we saw it published on Buzzfeed, but after two-and-a-half years, we know beyond a shadow of a doubt that the Steele dossier is pure nonsense. In the IG report, Michael Horowitz confirmed of the dossier that “the CIA viewed it as internet rumor,” and for good reason.

Embarrassingly, it took the media the entirety of those two-and-a-half years to figure out what the public did immediately. If an explosive bombshell on the president were to drop, I don’t know who in their right mind would leak it to Buzzfeed of all places.

In a supercut posted to Twitter by Tom Elliot, we glean a reminder of just how wrong the media was. And not only were they wrong, but they were smug and dismissive too. Watch below:

SUPERCUT — Media to Americans: Of course the Trump dossier is true! pic.twitter.com/R2uOijnMeJ