The Florida Supreme Court on Thursday axed a proposed constitutional amendment to ban possession of so-called “assault-style weapons” from the 2020 ballot. The amendment itself was an effort from survivors of the 2018 Parkland school shooting, who did have some earlier success in changing Florida’s gun laws. Most notably, Florida had raised the age to purchase firearms from 18 to 21 and banned bump stocks.

The group behind the proposed amendment “Ban Assault Weapons NOW,” released the following flier promoting their cause: 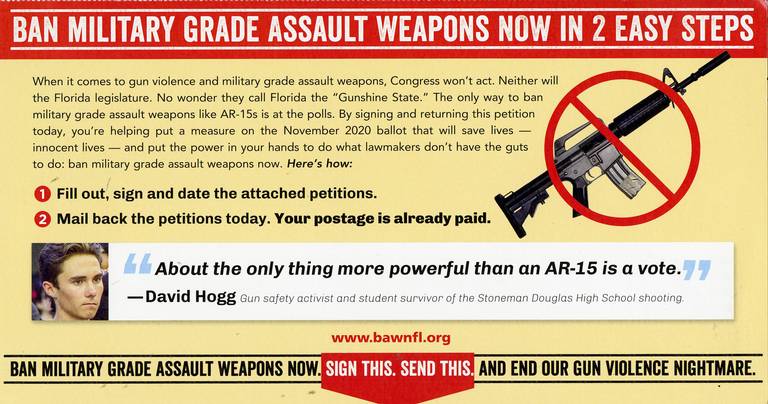 However in this case, the mere wording of the ballot amendment was enough to render it unconstitutional.

According to the Washington Examiner:

To be fair to “Ban Assault Weapons NOW;” at least they’re aware that the only way excessive gun control is getting passed in America is by lying to the public. Too bad for them most people know better.

Previous
Ep. 1267 Liberals Are All In On Chaos
Next
Ep. 1268 Why Socialism Sucks. An Interview with Dinesh D’Souza