Giuliani Calls for Investigation into Origins of Trump-Collusion Allegations 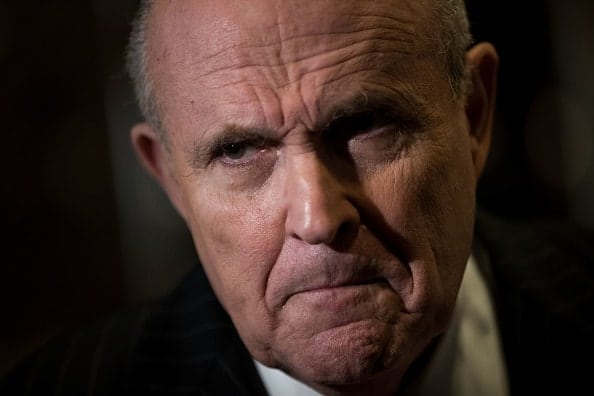 Former New York City mayor and Trump attorney Rudy Giuliani is calling for an investigation into the origins of the collusion allegations against the Trump campaign.

Speaking with Fox and Friends this morning, Giuliani said he wanted to see an investigation into who “invented” the collusion accusations.

“This had to come from somewhere. It didn’t just come out of thin air,” he said. “I want to know who did it, who fueled it, who paid for it, because the person who did it, and the group who did it, knows it’s untrue because they invented it.”

“It’s quite clear that this group was hardly a group of Trump fans,” he said.  “It’s made up of almost all Democrats–some of them very very rabid partisans. Including one who was a lawyer for the Clinton Foundation…another one who’s a notorious prosecutor who has been in ethical trouble all throughout his career.  They conducted an investigation as if this were a terrorism case…or a organized crime case on their obstruction of justice and conspiracy theory.”