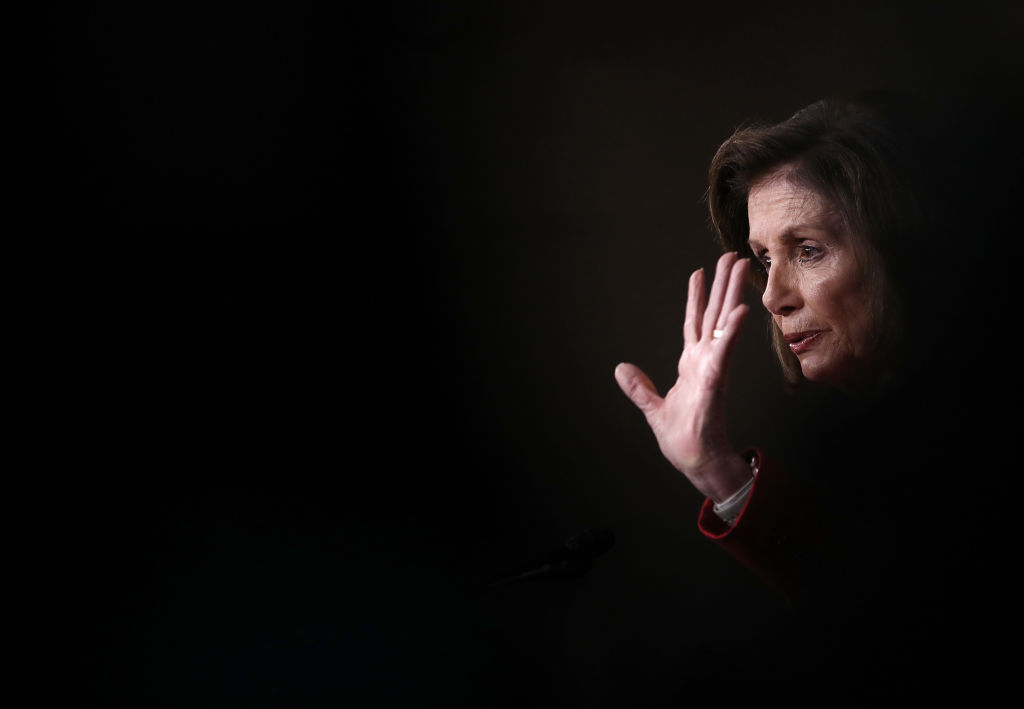 The Washington Times reports that, “Members, though, voted to keep her words in the official record despite GOP efforts to strike them in a 232-190 vote. They also allowed Mrs. Pelosi to be able to continue debating on the House floor, in a 231-190 vote.”

Hoyer stated, “The words used by the gentlewoman from California contained an accusation of racist behavior on the part of the President. The words should not be used in debate.”

The House rules allow members to criticize the president on the floor, however they are not allowed to say things that are “personally offensive” to the president.

The Times notes, “On the matter of racial rhetoric, Jefferson’s Manual explicitly states that any reference to ‘racial or other discrimination on the Part of the President’ are not allowed. ‘As such, remarks may not refer to the President as a racist, having made ‘racial slurs’ or ‘racial epithets’’ the manual reads.”

Earlier on the floor, Pelosi said, “Every single member of this institution, Democratic and Republican, should join us in condemning the president’s racist tweets. To do anything less would be a shocking rejection of our values and a shameful abdication of our oath of office to protect the American people.”

Rep. Doug Collins (R-GA) immediately got up and asked if Pelosi would “rephrase” her comments.

“Can I ask the words be taken down? I make a point of order that the gentlewoman’s words are unparliamentary and be taken down,” he requested.

“I have cleared my remarks with the parliamentarian before I read them,” replied Pelosi before walking away.

Collins then repeated his request to strike Pelosi’s comments. For more than 30 minutes after Collins’ objection, House members were huddled with the parliamentarian, Thomas J. Wickham Jr., to determine next steps. Wickham’s determination could be overruled by Cleaver or a vote of the full House.

As the consultation dragged on, Pelosi then appeared to leave the House floor, which itself constitutes a violation of House Rules when someone’s words are taken down. Members are supposed to be seated on the floor when a member’s words are stricken.