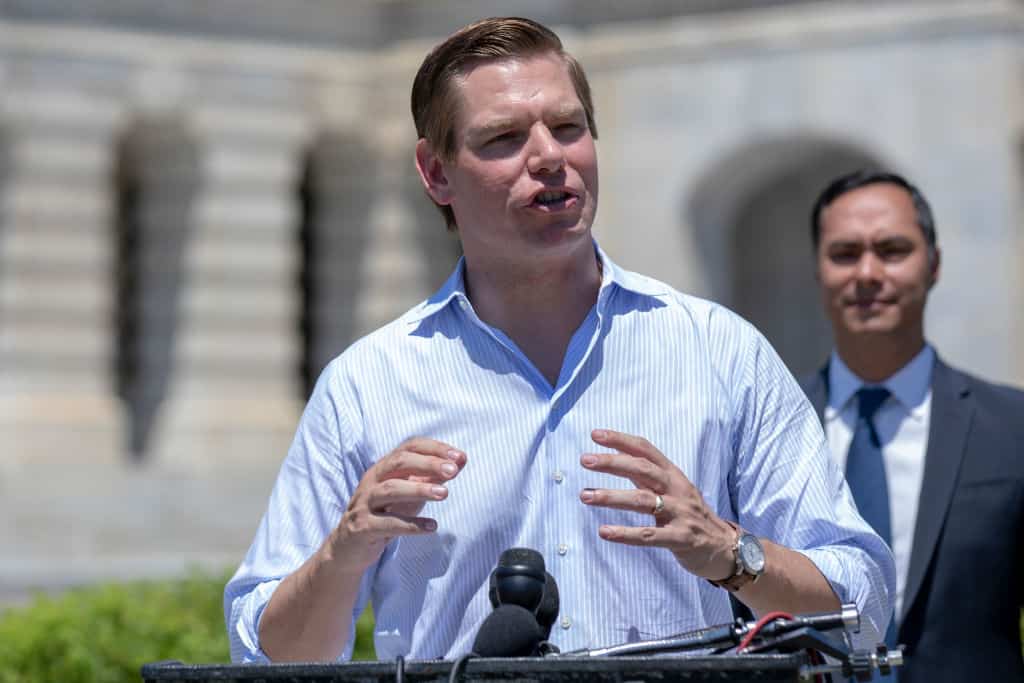 Democrat House Darling, Rep. Eric Swalwell (D-CA) suggested the government use nuclear weapons against those who did not comply with a hypothetical gun ban.

Swalwell had engaged in a Twitter back-and-forth with former Infowars personality, Joe Biggs, who had commented on a May 2018 USA Today op-ed written by the Congressman titled, Ban assault weapons, buy them back, go after resisters: Ex-prosecutor in Congress.

The op-ed proposes banning “military style semiautomatic assault rifles,” buying them back from owners and then criminally prosecuting those who don’t comply.

Biggs tweeted Swalwell regarding the op-ed, writing “So basically @RepSwalwell wants a war. Because that’s what you would get. You’re outta your f**king mind if you think I’ll give up my rights and give the gov all the power.”

To which Swalwell responded, “And it would be a short war my friend. The government has nukes. Too many of them. But they’re legit….”

And it would be a short war my friend. The government has nukes. Too many of them. But they’re legit. I’m sure if we talked we could find common ground to protect our families and communities.

Personally, I have a bigger problem with an elected official blithely talking about nuking his fellow Americans than my neighbor owning an AR-15. But YMMV. https://t.co/yfiRAeuCn3

Biggs then responded to the Congressman, asking if the government would “nuke its own country” to take away guns.

Swalwell called Biggs “dramatic” and said that his desire to have a gun to protect himself against the government (which, uh, is pretty much the entire point of the Second Amendment) was “ludicrous”.

Don’t be so dramatic. You claiming you need a gun to protect yourself against the government is ludicrous. But you seem like a reasonable person. If an assault weapons ban happens, I’m sure you’ll follow law.

The Democrat, who is allegedly mulling a bid for the 2020 presidential race, claimed he was using sarcasm to get his point across.

He also compared those who disagreed with him to characters in a Disney movie:

Taking on the gun trolls to protect kids from being slaughtered in class sometimes feels like Moana taking on these guys. *WARNING: My frame of reference for next 10 years will be @Disney movies. pic.twitter.com/NMQ3xxXNmy