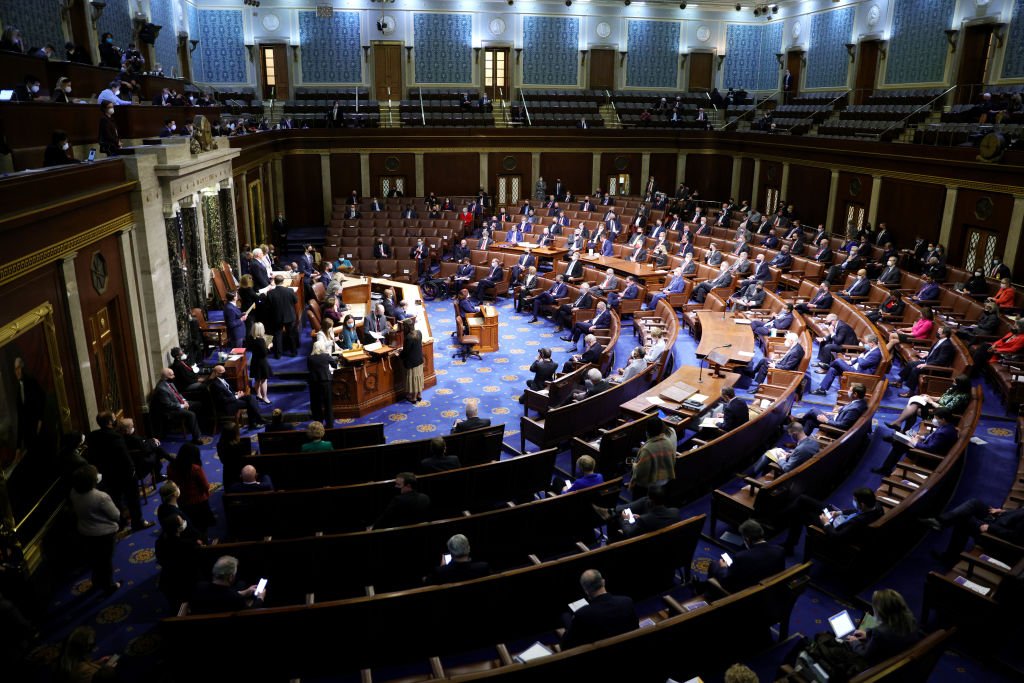 The Democrat majority in the House of Representatives is barely that.

Representative-elect Julia Letlow will be sworn in this morning, taking the seat originally won by her husband who tragically died of complications from coronavirus in September before he could be sworn in. Julia won a special election for the seat in March.

This will give Republicans 212 seats in the House to the Democrats 218. While this is a Democrat majority by six seats, because tie votes fail in the House, it reduces the Democrat majority to two votes (as losing three votes on a bill would lead to a 215-215 tie), and effectively blocks them from passing any of their most progressive legislation.

Some future special elections could give Democrats a slight boost, but only of a net one additional seat. As Fox News reports:

A special runoff election in Louisiana’s 2nd Congressional District will be held on April  24 – and the two candidates facing off in the solidly blue district are both Democrats. The race is to fill the seat of former Rep. Cedric Richmond, who stepped down to join President Biden’s administration as senior adviser and director of the Office of Public Liaison.

Another special election in a deep blue district — Ohio’s 11th — won’t be held until Nov. 2 to replace former Democratic Rep. Marcia Fudge, who was confirmed as Housing and Urban Development secretary.

If those races go as expected, the balance of power will be 220 for Democrats, 213 for Republicans, with two vacancies.

House Democrats plan on targeting 22 districts in next year’s midterms, while the House GOP is targeting 47 “vulnerable” districts.

The betting odds aggregated from ElectionBettingOdds.com show that people are giving the GOP an implied 60% chance of retaking the House in 2022, while the odds for either party taking a Senate majority are effectively a coin flip.