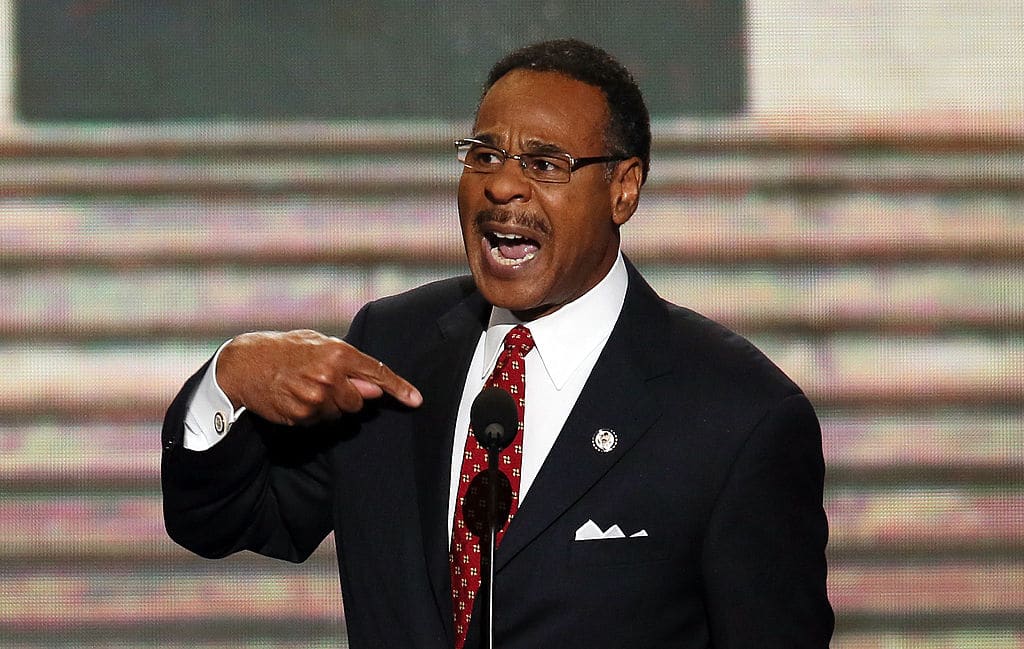 Political pressure on private institutions has reached extraordinary levels in the past week. With the Democrats’ victories in the Georgia Senate runoff elections, national Democrats have felt empowered to exert raw political pressure. According to POLITICO, House Democrat Emanuel Cleaver, a senior member of the House Financial Services Committee recently urged “banks and other payments companies to cut off individuals and organizations linked to the Jan. 6 attack on the Capitol.”

In a letter to the Electronic Transactions Association, Cleaver directly named groups such as the Proud Boys, the Boogaloo Bois, and the Rise Above Movement. Cleaver exerts pressure on banks by noting that members of these “far-right groups” may utilize crowdfunding platforms to assist with their legal defense. Cleaver states, “any banking they do is enabling them to carry out their dastardly desires.” Whatever one thinks of Proud Boys leader Enrique Tarrio and his acquaintances, one cannot deny that Tarrio, like any other American, deserves legal representation. Defenders of civil liberties like the American Civil Liberties Union are notorious for their defense of politically disfavored groups seeking to have their constitutional rights represented.

Unfortunately, progressive politicians have found it expedient to bypass their constitutional constraints by exerting political pressure on private businesses that may assist in the lawful execution of constitutional rights. Representative Cleaver is seeking to ensure that individuals like Proud Boys leader Enrique Tarrio are not afforded access to everyday tools like banking.

And if history is any guide, this is just the beginning. Those who wish to silence conservatives start with the “radicals” because that’s the least controversial – and then move on to the rest of us. After all, if they can deplatform the President, is there anyone they can’t?

Cleaver’s efforts are reminiscent of the 2013 Department of Justice initiative, Operation Choke Point. The Obama-era initiative sought to pressure the banking industry into not doing business with “lawful businesses in an ideological crusade based on personal disdain.” The effort consisted of regulators using their authority to use “backroom pressure tactics, including threatening the jobs of…bank executives with criminal prosecution unless they cut off banking relationships with…lawful businesses.”

Such tactics have become commonplace in Congress as progressives have found it far more efficient to exert political pressure on the financial sector rather than to defeat their ideological foes in the marketplace of ideas. Similar efforts have been successful in the social networking space, as members of Congress have pressured the likes of Facebook, Twitter, and Google to purge President Trump and his supporters from their platforms. The formula is rather simple: pressure major social intermediaries (deeply entrenched financial firms and content distribution tools) to do your bidding or else fear the wrath of regulation, litigation, or antitrust.