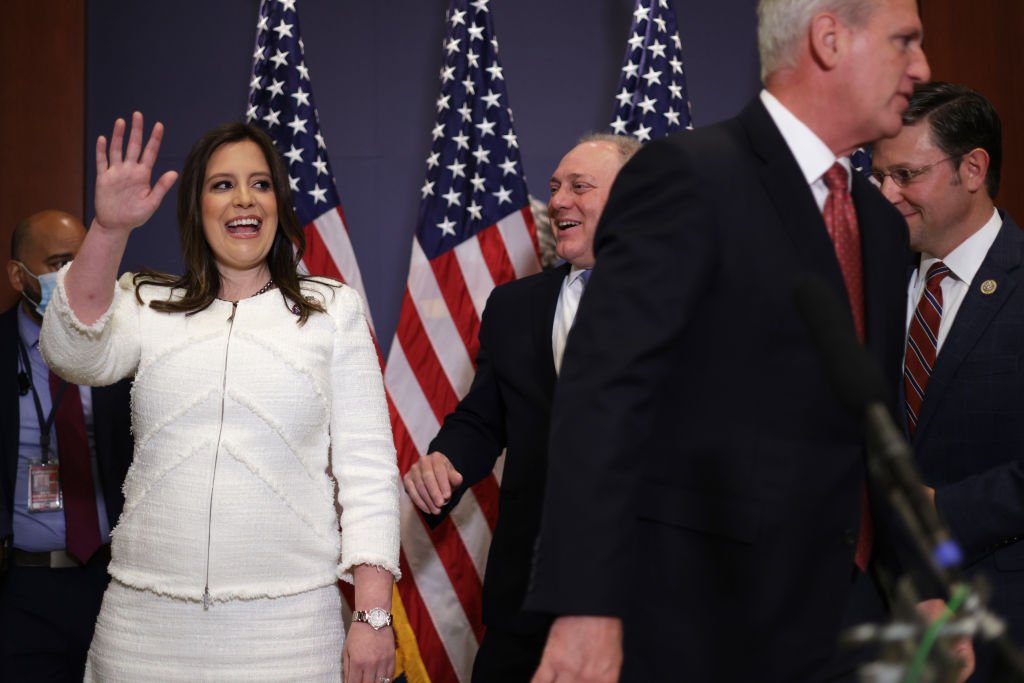 Less than 48 hours after being ousted, Liz Cheney’s replacement has been voted in to take her prior role.

Cheney’s ouster came after her renewed criticism of former President Donald Trump. Speaking to reporters after the ouster, she continued bashing Trump. When asked about him potentially running in 2024, she said she will do “everything I can to ensure the former president never again gets anywhere near the Oval Office” before accusing him of continuing to “provoke.” Or in other words, she vows to never let him get as close to the Oval Office as she’ll get to another House leadership position.

House Republicans approved Rep. Elise Stefanik to their No. 3 leadership position Friday — officially voting her into the post after Rep. Liz Cheney was forced out this week.

The 134-46 tally for Stefanik (R-NY) was nearly guaranteed before the vote took place, given that she went into the meeting with former President Donald Trump’s endorsement and without a serious challenger.

Rep. Chip Roy (R-Texas) had launched a bid, but it failed to gain traction. Rep. Mike Johnson (R-La.), who serves as vice chair of the House GOP Conference, was also reportedly interested in the role, but did not end up pursuing a challenge.

Stefanik’s voting record makes her a questionable choice to replace Cheney. She’s opposed Trump’s border wall, voted against his National Emergency declaration to fund the wall, voted against Trump’s 2017 tax cuts, wanted to keep America in the Paris Climate Accord, and the list goes on.