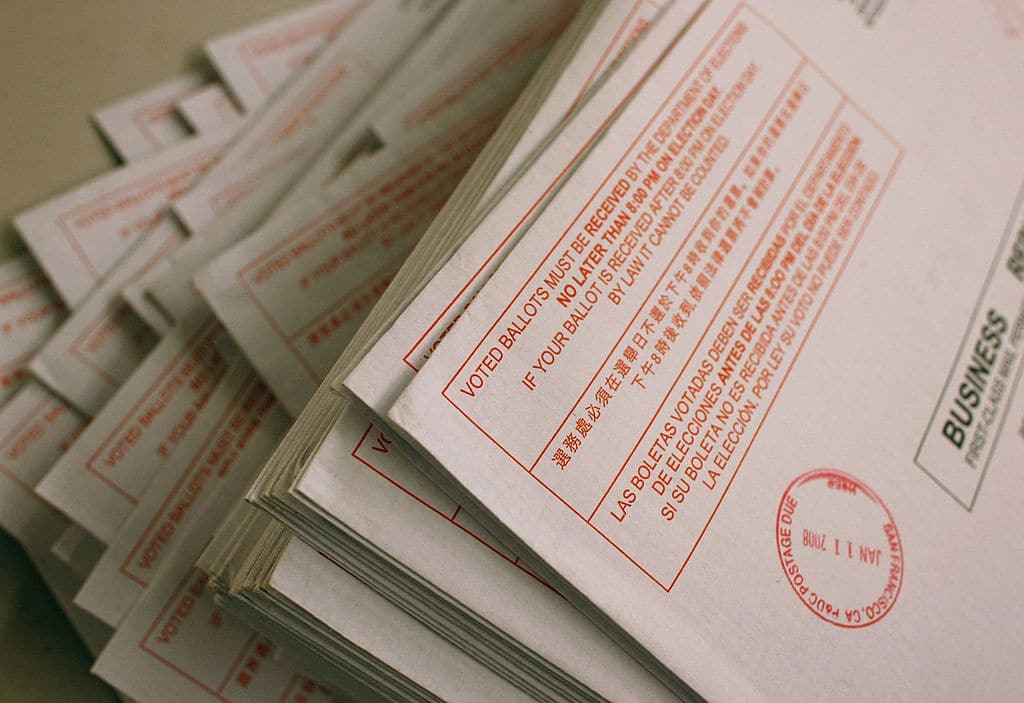 The left is pushing for vote-by-mail in the 2020 election – and the smallest possible consequence it could bring would be in massively delaying the results of the election.

Mail-in voting would create an opportunity for fraud, especially in states that are friendly to illegal aliens. As we reported previously, “Government Accountability Institute Research Director Eric Eggers says it is fair to assume that many illegal aliens will receive mail-in ballots in California for the 2020 election thanks to a plan by Gov. Gavin Newsom. Eggers said California’s automatic voter registration coupled with providing driver’s licenses to illegal aliens opens its elections to a host of fraud.”

We’re already seeing some hiccups with mail-in voting, with the most recent example coming out of blue New Jersey.

According to the Western Journal:

Many Republican voters in one New Jersey community got a surprise when they opened their mail ballots for a July 7 primary.

Their choices were all Democrats. Between 500 and 700 Republicans received the wrong ballots out of about 2,400 enrolled Republicans in Bernardsville, NJ.com reported.

The error was laid at the door of the printing company that sent out the ballots, but the government still had a role in the mixup.

Usually, the Somerset County clerk’s office would do the printing. However, after New Jersey Gov. Phil Murphy ordered every voter to receive a ballot in the mail, the job was farmed out.

And perhaps this was just the result of an error. But like the media’s constant misreporting on conservatives, it sure is “interesting” how these errors only ever seem to occur in one direction.