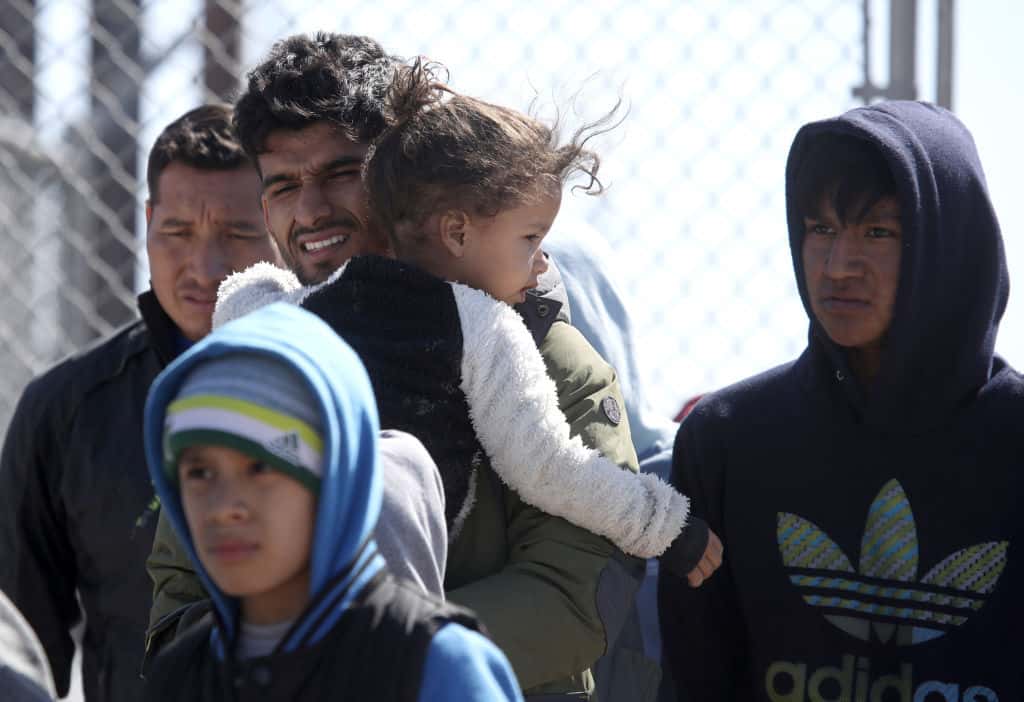 U.S. Immigration officials will begin conducting 90-minute DNA tests on immigrants in custody who claim to be relatives, according to the Washington Examiner.

A DHS official told the Examiner that the DNA tests will start “as early as next week.”

ICE told the Examiner it has seen 29 verified fake families, each with an unrelated child and adult, since April 18. Forty-five cases were referred for prosecution for fraud and the U.S. attorney’s offices accepted 33 of those referrals. The agency hopes the pilot will allow them to increase the number of cases referred to the Justice Department.

The debut marks the first time DNA testing of any sort has been at the border. Currently, ICE and Customs and Border Protection employees must use verbal statements and written documents to verify family connections.

On Monday, Bongino.com reported that children are essentially being “rented” by migrants who wish to appear as a family unit in order to cross the U.S. border.

**LISTEN: Do NOT miss Dan’s interview with George Papadopoulos today**

“And we know we’ve missed many, many more, simply because we’re overwhelmed with the sheer numbers,” Porvaznik said on April 17. “And so those are kids that are being rented, for lack of a better word, to an adult to format a fraudulent family unit so that they can be released in the United States and then that child will be recycled back to its country of origin—usually Guatemala, in our case here in Yuma.”

Porvaznik said adults are also changing their birth certificates so they appear to be minors, making it easier for them to stay in the United States.

“So there’s a huge fraud problem that’s going on with this process,” said the sector chief.

“You can walk through any of our processing centers and you can see that there are potentially parents, or adults with children, that there may not be a familial relationship,” said Ortiz. “There’s probably many more cases like that happening across all nine southwest border sectors on any given day. Really, if you think about it, it’s human trafficking.”