If You Want to Know Why Americans Have Embraced Anti-Intellectualism, Look at Anthony Fauci 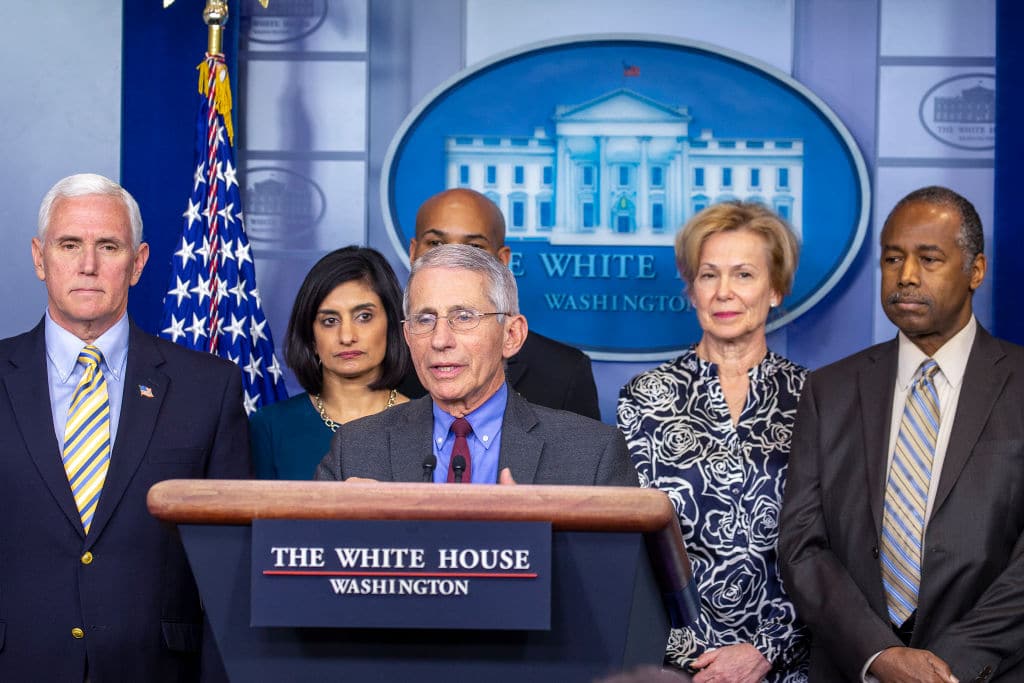 “There is usually only a limited amount of damage that can be done by dull or stupid people. For creating a truly monumental disaster, you need people with high IQs.” – Thomas Sowell

Over the past few decades, Americans have increasingly been accused of “anti-intellectualism” and it’s not an unfair charge. The level of respect Americans have for “elites,” “experts,” and “intellectuals” is leaving the toilet on the way down the drain. Some of this is because of the nature of modern media. It’s hard to have respect for an “expert” who’s spouting off on social media about how much they love communism or who constantly gets things wrong on cable news shows they probably shouldn’t have gone on in the first place. As Hegel said, “No man is a hero to his valet.” So, when people got a chance to see these “intellectuals” up close and personal, they realized that they didn’t seem that much smarter than anyone else. After you see enough supposedly “brilliant” college professors trying to explain why some homeless white guy is part of a system of white supremacy or who believes all women because they would never lie about anything important, it’s hard to respect the profession. There was a time in America when saying that you were a professor at Harvard would have identified you as the smartest person in the room, but today, just as many people are likely to assume that it means you don’t know what gender anyone is and may need a safe space to hide in if someone walks in wearing a Redskins jersey.

That wasn’t always the case. We live in a country that built the Hoover Dam, created nuclear bombs, came up with the Internet, and put a man on the moon with 60’s technology. The level of respect for the people that accomplished those things along with other brilliant Americans like Einstein, Edison, and Tesla is still sky-high. Conservatives, who are perhaps the group most accused of anti-intellectualism, still hold people that could fairly be described as intellectuals in high esteem. You are not going to lose a group of conservatives talking about the wisdom of Ayn Rand, Thomas Sowell, Antonin Scalia, or Milton Friedman. Beyond that, Americans of all stripes still seem to have great respect for experts that have proven themselves in the real world. Who do you want doing your brain surgery? The guy who has successfully done 500 of them or the professor who has never done any and has a theory about how the brain works that he came up with based on Mayan mythology?

Of course, now we’re starting to get to the heart of the issue, which brings us to Anthony Fauci.

Anthony Fauci is not a dumb guy. He very obviously has a high IQ. He has also been an adviser to every president since Reagan, made some important scientific observations about the human immune response early in his career, and he has worked on everything from AIDS to Ebola over the years. Under Donald Trump, he ended up being the de facto spokesman of the White House Coronavirus Task Force. How did he do at that job? You’d think it was amazing given that his birthday was yesterday, and he’s being widely hailed as a scientific genius. Here are some tweets that give you the general gist of the reaction.

The Left is trying to change Christmas Eve into "Dr. Fauci Day" and it's weird and creepy. https://t.co/NwhFGj3znp

SURPRISE! Dr. Fauci is serenaded as he leaves work on his 80th birthday. pic.twitter.com/d5a6xYxfrA

My students wanted to celebrate a famous person through music and chose a hero, selfless leader, they said, he’s “the most interesting man” Dr. Fauci with “Happy birthday” song he is 80, “he’s amazing and cool!”@NIH @Cornell #COVID20 #hero pic.twitter.com/uSqTOH6wXj

Looking at the general reaction to Fauci, you’d think he was some kind of combination of Mother Theresa, Saint Peter, and Dr. Quinn, Medicine Woman all rolled up into one. He’s talked about constantly, he’s on TV shows, he has even been made into a Christmas ornament.

Happy Birthday Dr. Fauci! Thank you for your strength & perseverance in leading our country, during one of the darkest times. No matter how hard things got, you were there. In Fauci we trust!#DrFauciDay #WearAMask pic.twitter.com/NrkIuAenP7

This is all despite the fact that Anthony Fauci has been a spectacular failure at his job. Back in February, Fauci was saying that the risk of COVID-19 in the United States was minuscule. He was wrong. Early on, he told people they didn’t need masks. Although at this late date, there is little real-world evidence that masks are effective at stopping the coronavirus, so he may have been right about that, he later admitted he lied to the public so first responders could get the masks first. Back in March, he was promoting the idea of a “14-day national shutdown” to stop the coronavirus. Not only was that a complete failure, but it’s also still going on in parts of the country, which is destroying small businesses and impoverishing Americans while doing little to stop the virus. At the same time, people are bemoaning the fact that over 300,000 Americans have died because of the coronavirus, the figurehead of the Coronavirus Task Force is being hailed as a hero despite the fact that it’s not clear that anything he has done since the start of the pandemic has saved lives, helped control the virus, or has done anything other than make people’s lives worse.

If you judge Fauci on his actual success at dealing with the coronavirus, he’s a low “F.” If you judge him on how well he plays the role of coming across as a well-known, slightly nerdy, grandfatherly scientist, he gets an “A+.” Guess which one gets you made into a Christmas ornament in modern America? Of course, that’s just the problem. Intellectuals in America are rewarded for being original, noteworthy, and sounding good, but they’re not punished for being wrong or making people’s lives worse. It’s great that someone went to a prestigious college and has a high IQ, but what matters is what they do with it. One Elon Musk or Steve Jobs is worth 10,000 intellectuals like Anthony Fauci, Noam Chomsky, Bill Nye, Howard Zinn, Neil deGrasse Tyson, or other windbags that primarily seem to push bad ideas. When “intellectualism” becomes nothing more than a way to get likes on social media or to champion the same old, failed philosophies in new and exciting ways, it’s essentially worthless. Just look at the mediocrity, impracticality, and arrogance of our unimpressive intellectual class and you will understand why Americans have become increasingly hostile to “intellectuals.”

John Hawkins is the author of 101 Things All Young Adults Should Know. You can find him on Parler here.