Illinois Senator Apologizes for Trump Assassination Photos at his Fundraiser 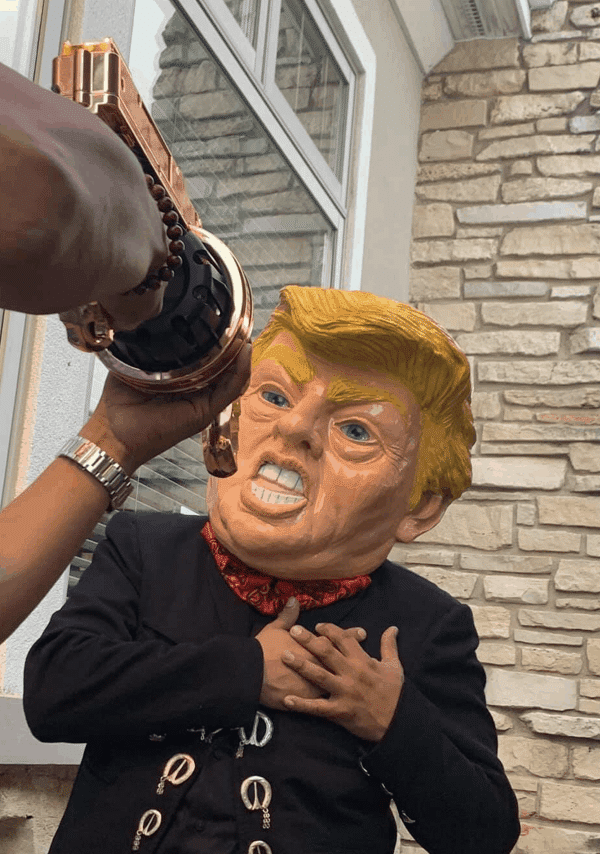 CBS Chicago reported that an Illinois state senator “apologized Sunday night after controversial photos surfaced from a local fundraiser.” The photos were posted Friday night and “show someone in a mask depicting President Donald Trump, wearing traditional Mexican clothes, and taking part in a mock assassination.” Clearly the senator did not condemn the assassination staging as he himself took a photo smiling for a picture at the fundraiser.

A political fundraiser for @SenatorSandoval simulates an assassination attempt against a mock @realDonaldTrump decked out in Mexican garb. Looks like a man pointed a fake assault weapon at the fake President to pose for a picture. pic.twitter.com/MlT9zjB1mn