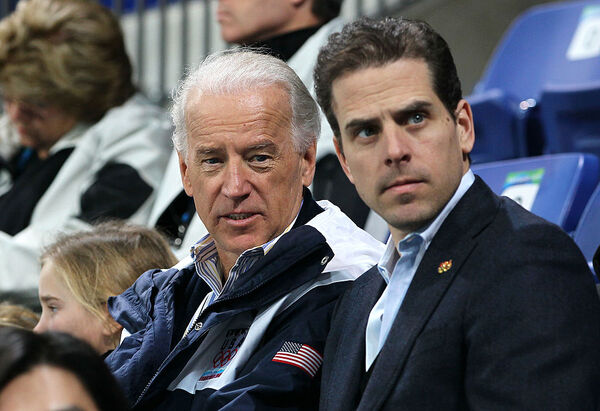 The resolution that got shot down was introduced by House Oversight Committee rankin gmember James Comer, who later appeared on Fox News’ Hannity to explain explosive new details that Democrats didn’t want you to hear.

Rep. James Comer:  What we have is proof - emails - as well as a whistleblower that confirms the validity of bank transactions that we also have that showed that Hunter Biden, through his company Hudson West, was negotiating a deal with the Chinese Energy company CEFC  to purchase American Natural Gas.

They had a map in their PowerPoint that was written in Chinese that highlighted all the natural gas providers across the United States. And what hunter Biden was trying to do was negotiate the sale of liquefied natural gas to China. But also, CEFCs main objective was to be able to start purchasing interest in the drillers so they could get the foot in the door and be able to have more control over American natural gas prices. And this comes at a time when natural gas prices are at a 14-year high and Joe Biden continues to deny any knowledge of hunters Involvement.

We also have confirmation that Hunter Biden told CEFC that his father was going to be a major investor in the company and that he wanted to have keys to an office headquarters that was gonna be negotiating, the deal. So the business was going to involve not just Joe Biden but Jill Biden. And this is the first proof we have that Joe Biden was involved in energy shady business dealings between the United States and China.