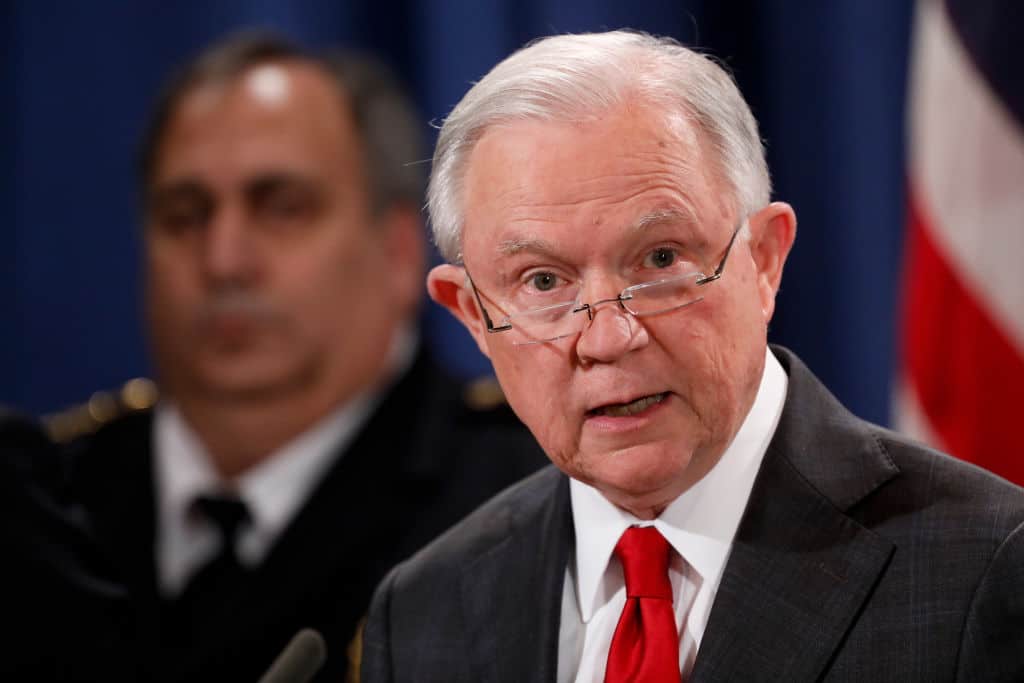 During an interview in Las Vegas, Sessions was asked about the recent split between Barr and FBI Director Christopher Wray, who recently said he would not use the term “spying” to describe the bureau’s surveillance activities against the Trump campaign.

Sessions said, “I think that ‘spying’ is a perfectly good word.”

“They had this lady, apparently, that was sent to Papadopoulos,” Sessions said. “Is that a spy? I mean, I don’t know.”