For as often a fuss is made over President Donald Trump’s tweets, even his critics must view them as a net positive for him, as evidenced by how badly they want him banned from the platform.

Among them is Kamala Harris, who was just tapped by Joe Biden to be his running mate. She wrote Twitter CEO Jack Dorsey in October 2019 that Trump violated the company’s user agreement in tweets regarding the Ukraine “whistleblower” and House Intel Committee Chair Adam Schiff. Kamala pretended that Trump violated Twitter’s rule that “may not threaten violence against an individual or a group of people.” She’s also called for him to be banned in a number of tweets.

Hey, @jack. Time to do something about this. https://t.co/es2fJ5PNRV

Fortunately nobody at Twitter listened to that specific complaint, though Twitter has since censored Trump on notable occasions, and we can expect even more of that because the face of the company’s censorship was formally Kamala Harris’ Press Secretary.

Kamala Harris’s former press secretary, is now in charge of announcing what the president of the United States can and can’t say on Twitter to his 85 million followers. Twitter has already removed debatable contentions by the president — or, contentions no more misleading than any number of Joe Biden allegations. The point of removing tweets, I assume, has more to do with being able to call  Trump a liar than worrying about his spreading misleading information.

But the optics are remarkably terrible for Twitter. It’s almost certainly true that whoever holds the job of senior communication manager at the social-media giant will be ideologically progressive like the company’s CEO. But could you imagine what the nightly reaction on CNN and MSNBC would be if Mike Pence’s former spokesperson was seen censoring Joe Biden’s tweets during a presidential election? I have no doubt Democrats would be calling for congressional hearings. 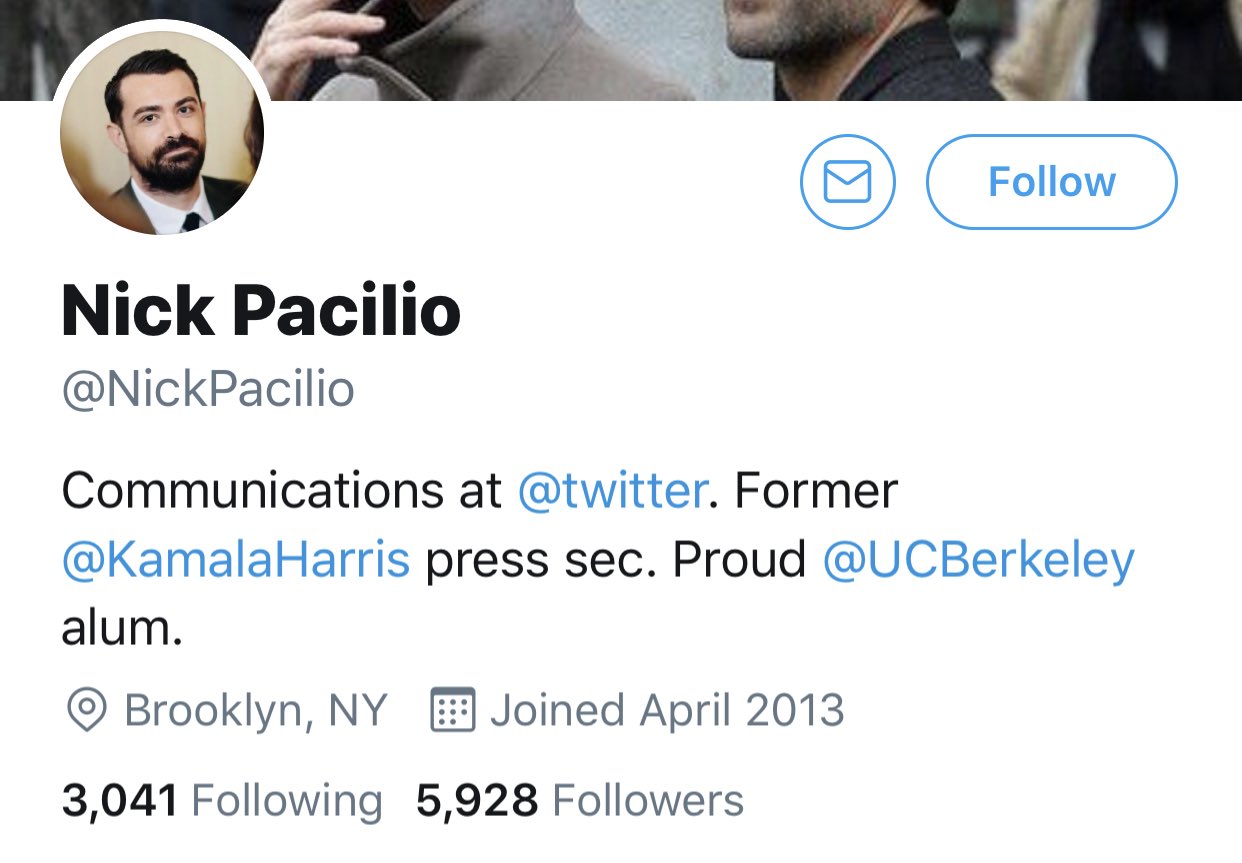 Twitter says that Pacilio isn’t involved in removal decisions, but are we to pretend that he has no influence over those actually doing the censorship themselves?

Previous
Ep.1320 He Made The Worst Political Decision Possible
Next
David Daleiden: Why Kamala Harris is the “Greatest Threat to Civil Rights” In U.S. History
Recommended for You