Karine Jean-Pierre Has a Meltdown After Reporter Tries to Ask Dr. Fauci a Real Question 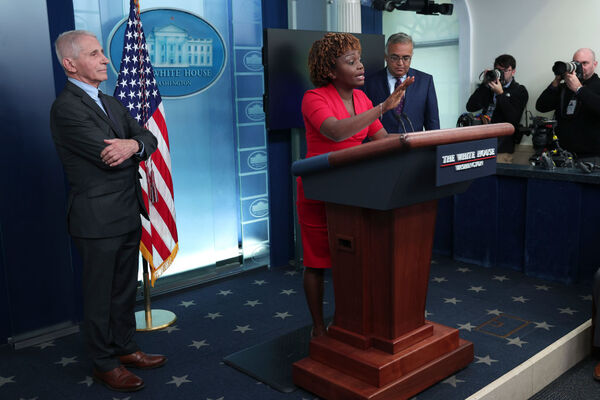 After other reporters joined in to defend Glebova, Jean-Pierre continued to yell further that she was “done.”

A number of unredacted Fauci emails were released yesterday. Among them were emails between Fauci and a team of virologists who eventually published a paper claiming that COVID was of natural origin. The paper was written by virologists who originally believed that COVID was engineered, who then, right around the time of a conference call with Fauci, did a 180, and with no additional evidence whatsoever, published a scientific paper in Nature Medicine insisting that the virus was completely natural.  Don't miss The Dan Bongino Show