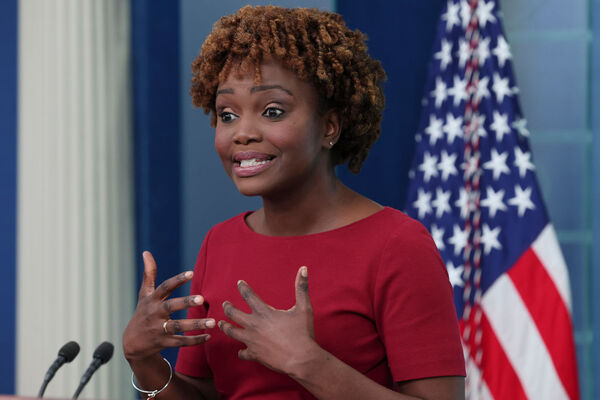 Press Secretary Karine Jean-Pierre was confronted with the words of her predecessor Jen “Circle Back” Psaki when facing questioning from Fox News’ Peter Doocy.

"Jen Psaki says that crime is a huge vulnerability for Democrats. Why would she say that?" Doocy asked, leading KJP to question Doocy’s characterization of Psaki’s comments (which were correctly provided in context), and then began rattling off random talking points.

Psaki's comment that Doocy was referencing was from an appearence she made on “Meet the Press” over the weekend. During that appearance she made another admission she could’ve never made just months prior; that Democrats know they’re doomed in the looming November midterms if they’re a referendum on Joe Biden.

In addition to being unaware of Psaki’s comments (unless she was just pretending to have not heard them) at the briefing, she also appeared unaware of recent comments from the man whose job it is for her to represent. During the same briefing KJP said that Biden had every intention of running again in 2024, which is in direct contradiction to comments he made on 60 Minutes earlier this month, where he said he was "undecided."